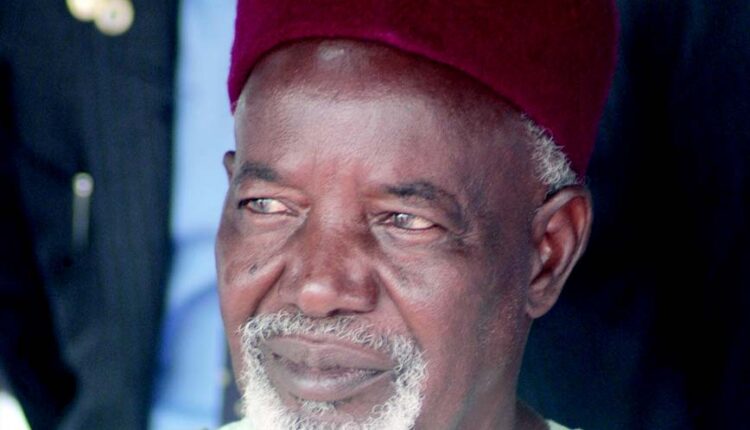 President Muhammadu Buahri has mourned the passage of former civilian governor of Kaduna State, Balarabe Musa, saying his death had left a huge vacuum that would take time to be filled.

Describing the late elderstateman as voice of the voiceless, Buhari maintained that the former governor’s passing would be sorely missed by Nigerians, particularly those who diligently followed his antecedents.

Through a statement released to newsmen on Wednesday by his Senior Special Assistant on Media and Publicity, Garba Shehu, the President noted that the Musa, until his death, remain committed to Nigeria’s unity and inclusive governance.

“President Buhari believes Alhaji Musa reflected the passion and vigour that heralded Nigeria’s independence, which steadily translated into activism for return to democracy at the height of military interregnum and has remained steadfast in the call for good and inclusive governance.
“As the former governor goes home, the President affirms that he left a bold footprint on Nigeria’s democracy, and his role in promoting good governance and development will always be remembered and appreciated by posterity,” the statement read.

Musa, who died at the age of 85 on Wednesday, held office from October 1979 was the first governor to be impeached in Nigeria’s history on 23 June, 1981.

As learnt, the former governor’s remains would be buried on Wednesday afternoon in accordance with Islamic rites.