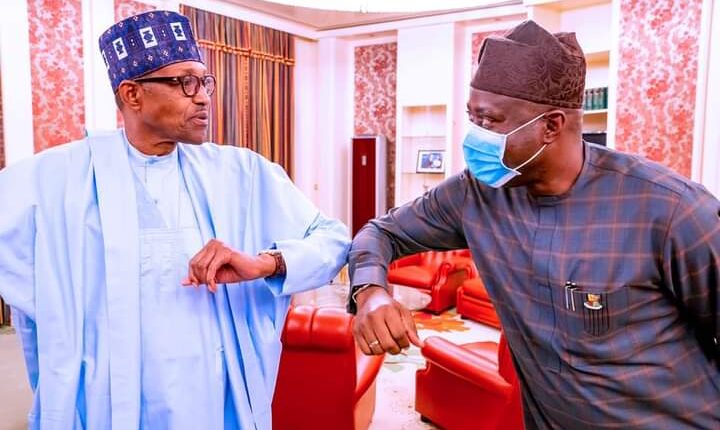 As part of the effort to address the insecurity cases across the country, President Muhammadu Buhari has met with Oyo State Governor, Seyi Makinde, and his Ondo State counterpart, Rotimi Akeredolu, over cases of banditry and kidnapping in their states.

Also, the president was reported to be meeting with the newly appointed service Chiefs, barely 24 hours after their appointment was announced by the Presidency.

The meetings were held behind closed-door on Wednesday at the Council Chambers of the Presidential Villa in Abuja, the Federal Capital Territory, and was confirmed by the president’s Special Adviser on Media and Publicity, Femi Adesina.

As gathered, the meeting with both governors was borne out of the crisis rocking both states over the activities of Fulani herdsmen that have converted the forests to their home and hideout to hold their kidnapped victims.

To address the challenges, the governors had put on hold night grazing and demanded that the herdsmen must be registered to ascertain their activities and others. 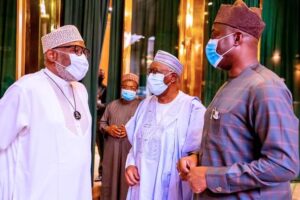 Aside from that, Makinde has deployed no fewer than 200 Amotekun personnel to Ibarapa and other towns in the Oke-Ogun zone of the country to restore normalcy into the axis.

The meeting between the Buhari, who is Commander-In-Chief, and the new leaders of the Armed Forces, came hours after the president accepted the immediate resignation of the older Service Chiefs and appointed new officers as replacements.

Their appointment comes after numerous calls for the sack of the former Service Chiefs over the increasing insecurity in the country.