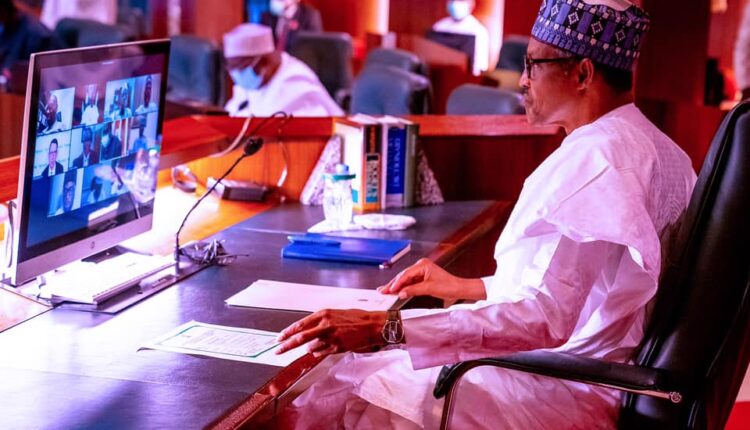 President Muhammadu Buhari has again expressed optimism that Nigeria’s former Minister of Finance and Economy, Dr. Ngozi Okonjo-Iweala, would emerge as the next Director-General of the World Trade Organisation (WTO).

This is coming on the heels of the President’s meeting with the European Union, where he rallied support for the candidacy of Okonjo-Iweala to become the first female and black to become the international body’s DG.

Rising from meeting with the President, European Council, Charles Michel, on Friday, aimed at canvassing support for the former minister, who had made it as one of two candidates contesting for the top position of the multilateral institution, Buhari reiterated his administration’s commitment to supporting Nigerians, irrespective of any differences in getting to the zenith of their chosen career.

Speaking during the meeting held virtually, the President thanked the European Council for its support for Nigeria’s candidate, stressing that the union’s strong backing was still needed for Okonjo-Iweala to cross the next and final hurdle for victory.

Through a statement released on Friday by Buhari’s spokesman, Femi Adesina,  Michel, was quoted to have reiterated Europe’s support for Okonjo-Iweala, who was also the former Managing Director (Operations) of the World Bank to become the next WTO DG.

Adesina also hinted that issues bordering on debt relief for Africa, EU-African relations, and recharge of the Lake Chad, which has currently shrunk to less than one-third of its usual size and throwing about 130 million people who depend on the Lake into dire straits were also discussed during the meeting.