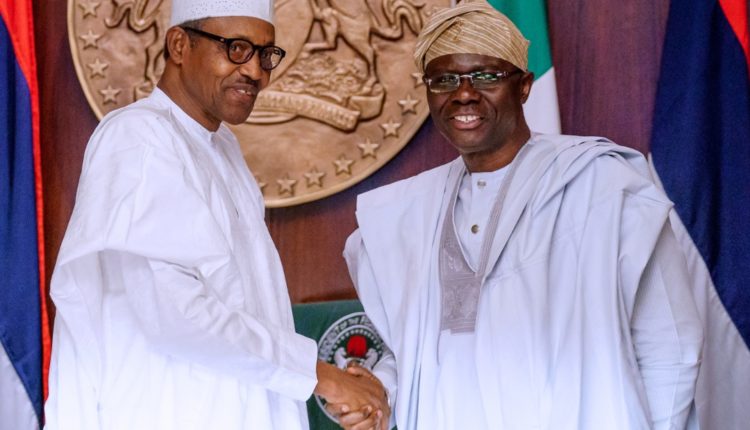 President Muhammadu Buhari on Friday met with state governors elected under the platform of All Progressives Congress (APC), at the Presidential Villa, Abuja.

Others attending the meeting include the National Chairman of the APC, Comrade Adams Oshiohmole, Secretary to the Government of the Federation, Boss Mustapha and Chief of Staff to the President, Malam Abba Kyari.

The Guild gathered that the agenda of the meeting, which started at about 3 p.m.,was unknown as at the time of writing this report.

The governors was led by the Chairman of the APC Progressives Governors, Gov. Atiku Bagudu of Kebbi State.

The governors, who were meeting the president for the first time since the Wednesday Presidential Election Petition Tribunal’s judgment which upheld the election of President Buhari, may use the opportunity to congratulate him.