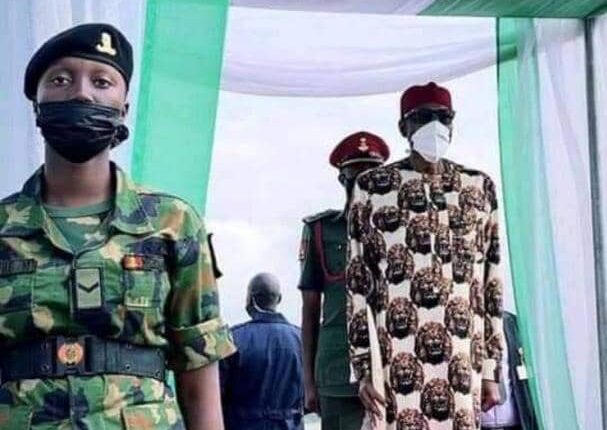 President Muhammadu Buhari has identified the construction of road networks, bridges, hospitals, and other infrastructures as a major solution to stem the tide of banditry and other criminalities across the country.

Buhari said that the government has identified the infrastructural deficit across the country, including Imo state, and efforts would be intensified to ensure they were fixed before the expiration of his administration.

He also assured that he would wield his power as the president to deal with security breaches especially from those that were halting commercial activities in the country.

Buhari spoke while Commissioning the Egbeada-Onitsha bypass road in Owerri and other projects constructed by the State Governor, Hope Uzodinma.

According to him, when there is adequate infrastructure, people will not waste their time discussing what does not put food on their table.; rather, everyone will mind their businesses.

The president noted that if these facilities were not available, the people would be idle and later would begin to engage in other activities that were illegal.

While commending the Uzodinma for the level of development witnessed across Imo, he stressed that no society would make any meaningful progress in the face of insecurity and infrastructural deficits.

Buhari said that his vision of having a secured Nigeria with huge infrastructural progress had marched with what Uzodinma was doing in the state.

The president said, “I have gone round and I am impressed with what I saw. A society without security and infrastructure will not progress and lucky this is where my vision has tallied with the governor of Imo state. I will use my power as enshrined by the constitution to make the governor achieve more.”

Earlier in his speech, the governor urged the president to deal permanently with the issues of insecurity and flooding which he said was ravaging Owerri, the state capital.