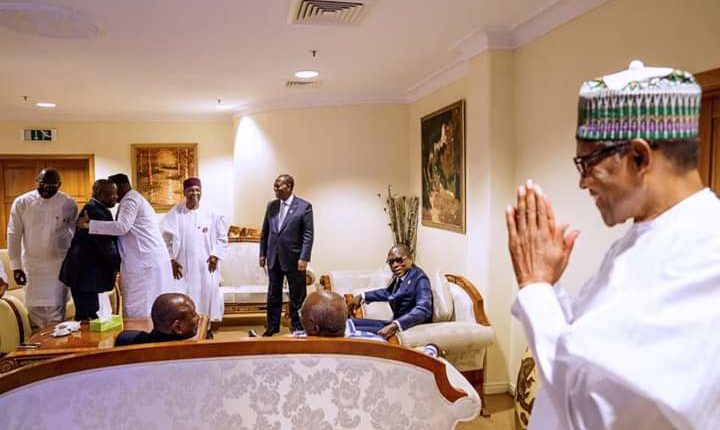 Reacting to controversy that had continued to trail the proposed $29.96 billion loan request on the floor of the Senate, President Muhammadu Buhari said that the loan would serve as catalyst to attract investors to Nigeria.

Speaking at a bilateral meeting with the President of Cote d’Ivoire, Dr Alhassan Quattara, held on the sideline of 56th Ordinary session of Economic Community of West Africac States (ECOWAS) at the State House Conference Centre, Buhari stressed that no investor would come to any country they know there is no infrastructures.

The President, in statement released by his Senior Special Assistant on Media and Publicity, Garba Shehu, stressed that it has become necessary to react to the debate on the loan Senate was about to approve.

Buhari said it was necessary to fund infrastructure projects, adding that ‘‘without roads, rail and power, investors will not be encouraged to invest in the country.’’

Earlier, President of the Senate, Ahmad Lawan, had explained that the Federal Government needed the loan to build critical infrastructure.

Buhari had on November 28 re-sent the $29.96bn 2016-2018 external borrowing plan to the Senate for its consideration and approval. The borrowing plan was rejected by the 8th Senate, which was headed by the immediate past President of the Senate, Dr Bukola Saraki.

The President’s demand came amidst  warnings by the International Montery Fund and experts against Nigeria’s rising debts, which the Debt Management Office put at  N25.7tn as of June 2019, with external borrowing accounting for  about 32 per cent while the 68 per cent is domestic.

Commenting on the loan, Lawan said the Senate would approve it, but   ensure its judicious utilisation.

The Senate President,  who was responding to a question on whether the Senate would approve the loan or reject it like what happened three years ago, confirmed in the affirmative.

He said, “The question of whether we will pass (approve) the loan request of the executive arm of government, yes, we will pass it. If we don’t have money and you have projects to build them, how will you provide infrastructure that you need?

“But one thing is that, we are going to be critical that every cent that is borrowed is tied to a project.