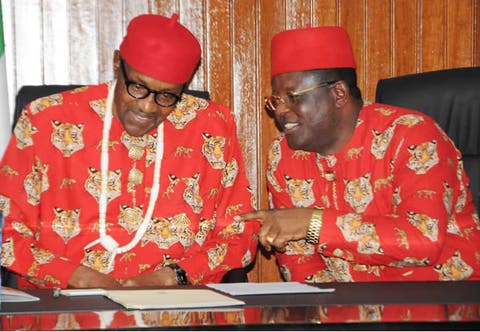 Ahead of 2023 general elections, President Muhammadu Buhari has educated Nigerians on criteria that should form their decision on choice of presidential candidate and other new crops of leaders to be elected during the poll.

Buhari, who would not be contesting for any elective post during the election, added that Nigerians should consider dividends of democracy rather than pay more attention to identity politics.

This is coming as he also advised Nigerians to look beyond oratory prowess being employed by politicians during electioneering campaigns and focus on candidates who have pedigree and track records of performance during their former assignments.

The President said that it was also pertinent for Nigerians to put sentiment aside and judge political parties on basis of performance, developmental strides and how their various administrations impacted and better the lives of ordinary Nigerians before trusting them with another mandate.

Buhari, who spoke through a statement by his spokesperson, Garba Shehu, while reacting to defection of Ebonyi State Governor, Dave Umahi from Peoples Democratic Party (PDP) to All Progressives Congress (APC), said that for democracy to thrive in Nigeria, the citizens must pay less emphasis on identity politics.

“I urge our citizens to pay less emphasis on identity politics if we want our democracy to make a positive impact on our country,” the statement quoted the President as saying.

While commending Umahi for his defection to APC, Buhari described the development as “a bold move driven purely by principle rather than opportunistic motives.”

According to him, I am proud of governor David Umahi for taking this bold decision in accordance with his conscience and principles rather than any external influence or coercion.

Speaking further, Buhari said, “good governance is very important to us in the APC, and I’m glad that the governor has cited this as a major factor in his decision to join us. With men like Umahi, I foresee a brighter future for our democracy because the voters will be more motivated by performance records of parties and their candidates.

“Let me once again; commend the boldness of Governor Umahi for taking this courageous decision in a country where principles are in short supply among many. I know people might call him names, but that is the price men of principles have to pay for acting according to their conscience and convictions,” Buhari added.