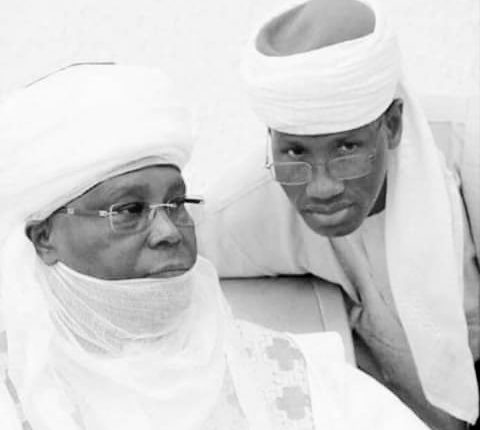 Pariya, who died in Dubai, United Arab Emirate (UAE), was described by Atiku as an aide that qualified to be a member of his family.

It was gathered that the deceased had been on life-support machine for over a month before it was removed after no signs of improvement.

Buharu in a condolence message posted on his official social media handle on Tuesday, described the news of Pariya’s death as a rude shock to him due to the role the deceased had played over the years.

He said: “I received the news of the death of Atiku’s close aide, Umar Pariya, with a heavy heart. May Allah grant you and his family the strength to bear the irreparable loss; and forgive his shortcomings and reward his good deeds in the hereafter”.

Also, former Speaker of the House of Representatives, Yakubu Dogara, in his condolence message described Pariya as the most loyal aide to the former Vice President.

Dogara said: “I received with shock the sad news of the sudden death of Alhaji Umar Pariya. Alh Pariya was an exceptionally gifted and energetic man who pursued with courage; causes that were larger than himself. Humility was his trademark and loyalty his seal.

“I extend my heartfelt condolences to his immediate family & pray God to grant them the fortitude to bear this irreparable loss. May his soul rest in perfect peace. I also specially condole with our leader, His Excellency former Vice President, Alhaji Wazirin Adamawa.

“Undoubtedly, you have lost a loyal, hardworking and committed associate who stood by and with you in all circumstances. May God comfort you and fill the huge vacuum created by Alhaji Pariya’s demise”.