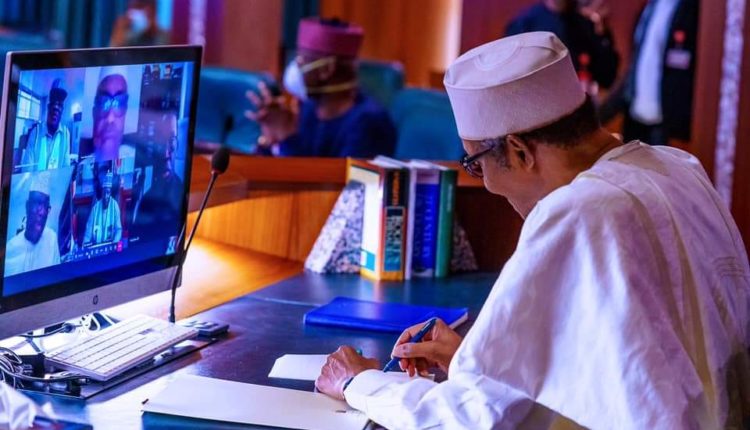 Worried by the danger of coronavirus and its continued spread in the country, President Muhammadu Buhari has directed state governors to increase sensitisation and health education on coronavirus among their citizens, saying such will aid the country’s fight against the virus.

He explained that the call had become imperative with reported lackadaisical attitude of some Nigerians Nigerians who are still holding on to the believe that the virus is an hoax by the governments to loot the treasury, thus contributing to community spread of coronavirus with their ignorance.

Besides, the President also urged the governors to collaborate with the Presidential Task Force (PTF) on COVID-19 and exchange ideas towards defeating the dreaded respiratory infection within the country’s border.

Buhari made the call while speaking with the Nigeria Governor’s Forum during an online meeting, according to a statement released to newsmen, on Monday, by his Special Adviser on Media and Publicity, Femi Adesina.

According to him, he had been briefed by the members of PTF on the next steps in the national response to the pandemic, and that he had directed Boss Mustapha-led PTF to work closely with the governors to ensure concerted efforts against the common enemy.

The President, who decried the attitude of Nigerians who had relegated all safety measures put in place by the government from the moment gradual easing of lockdown commenced, warned that the virus was “beyond technology, power, and resources,” as evidenced in countries that have wherewithal to combat the virus but were recording the highest casualties around the world.

“We have to be very careful. We need to continue to educate and persuade the people to accept the reality of the situation, and do all that is necessary to stay safe,” the statement quoted the president as saying.

On their part, the governors lauded the President on the leadership and direction he had given the country since the outbreak of the virus in Nigeria, while assuring their total commitment towards gaining control against the deadly respiratory disease.