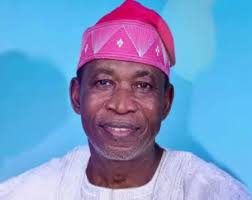 President Muhammad Buhari has described the late former General Overseer of Foursquare Gospel Church in Nigeria, Wilson Badejo, as a nationalist that contributed greatly towards sustaining the peace and unity across Nigeria.

Buhari added that the late cleric, during his 10 years as leader of the church and after his its elapsed, continued to serve as a bridge builder among Nigerians and ensured that the nation become peaceful for all to live.

The president’s eulogies came hours after the church leadership announced that the cleric passed on at age 74 after a brief illness.

Buhari, through a condolence message released by his Special Adviser Media and Publicity, Femi Adesina, on Sunday, prayed that God would comfort the entire Badejo family and church members.

He urged the family and members of the church to take solace in the fact that their father, a veterinary doctor, author, cleric, and public speaker, set a standard to be emulated by all and sundry.

The President describes the departed as “a dedicated servant of God, who led the Foursquare Gospel Church for 10 years, and was committed to standing in the gap for not just his organization, but Nigeria as a whole.”
Badejo, according to the church, was said to have died after a brief illness, barely 12 years after stepping down from the leadership of the church that he led between year 1999 and 2009.

Announcing demise of the cleric, the National Secretary of the church, Yomi Oyinloye, through a statement released to newsmen, hinted that Badejo died yesterday.

Oyinloye, who appealed to Nigerians to pray for deceased’s family and the church, described Badejo as a great leader whose contribution to the church and members developments would be missed.

“He was a great achiever, an accomplished servant of God, a role model, a bridge builder, mentor, teacher par excellence, an apostle and respected family man.

“Dr Badejo served the Foursquare Gospel Church in Nigeria in several ministerial capacities, crowning his stewardship at the apex as the General Overseer of the Church from 1999 for 2009.

“He was a man of many parts who was able to unlock socio-cultural gateways, and in the process successfully endeared several friends and loved ones from all walks of life across the divide,” the church said.