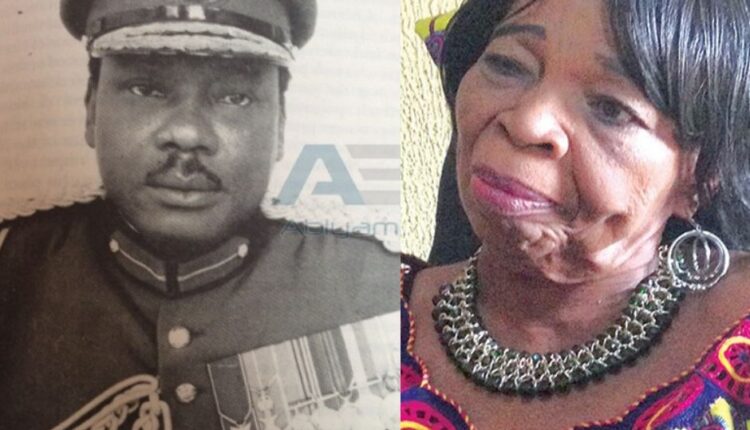 President Muhammadu Buhari has described the wife of Nigerian first Military Head of State, Victoria Aguiyi-Ironsi, as a patriotic Nigerian who championed the cause of women tirelessly till the end of her days.

He said that Victoria, who passed on at the age of 97, barely 55 years after the murder of her husband, Johnson Aguiyi-Ironsi, was God-fearing and a foremost woman of valour.

The president noted that the deceased, who assisted her husband in the service to Nigeria, dedicated herself to serving the people without expecting any reward.

While extending his deepest condolences to the Aguiyi-Ironsi family, government and people of Abia State on the passing of the former first lady, Buhari stressed that the impact of the deceased was being felt across the military establishment till date.

The president in a condolence message contained in a statement issued by his spokesperson, Femi Adesina, affirmed that Victoria’s incredible strength and exceptional courage during one of Nigeria’s darkest moments pedestals her as a mother of the nation.

According to him, the former First Lady will be remembered for laying a solid foundation for women’s leadership role in the seat of power and as a founding member of the Nigerian Army Officers’ Wives Association; she passionately championed the welfare and wellbeing of families of military officers.

The statement reads: “The president recognises that 55 years after the death of General J.T Aguiyi-Ironsi, Lady Victoria never stopped working for the greater good of Nigeria, and for peace, stability, healing and reconciliation in the land.

“The President sincerely hopes that Lady Victoria’s labours for the country will not be in vain, and joins all Nigerians in praying for the repose of the soul of the departed and comfort for those who mourn,” the statement added.

Meanwhile, Victoria, who only serve as first lady for six months before yielding the seat following death of her husband, was said to be preparing for her 98th birthday in another three months, November, before she passed on.

The Nonagenarian, who died in the early hours on Monday at the aged of 97, would be remembered for her contribution towards the successes recorded by her husband within the six months of his administration.

The deceased was born on November 21, 1923, she was the second First Lady of Nigeria from January 16, 1966, to July 29, 1996, when her husband was assassinated in a counter military coup carried out by Nigerian military officers of Northern extraction.

Her husband was killed in Ibadan, Oyo State during a countercoup led by Murtala Muhammed and which led to the installation of then Colonel Yakubu Gowon as head of state