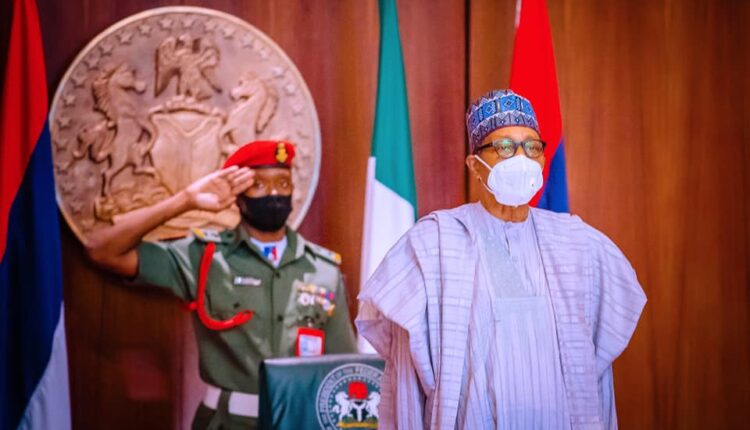 As part of measures aimed at curbing rising insecurity in Zamfara State, President Muhammadu Buhari has placed a ban on flying airplanes, Chopper, and private jets across the state.

Apart from declaring the state as a “no-fly zone”, the president similarly banned mining activities in Zamfara in a renewed effort to rid the state of bandits, kidnappers among other terrorists.

The National Security Adviser, Maj Gen, Babagana Monguno (retd), said that the no-fly zone and ban placed on mining activities were for ensuring the government reclaimed all territories being occupied by the terrorists.

Briefing State House Correspondents on Tuesday after several hours National Security Council meeting presided over by Buhari at the Presidential Villa, Abuja, Monguno said that several other strategies are being put in place to ensure issues bordering on insecurity across the country become a thing of the past.

He added that the apex government would not hesitate to adopt other strategies, including a kinetic approach in restoring normalcy in the country and that all non-state actors have been placed under surveillance for proper record taking.

“We are not going to be blackmailed. The government has the responsibility to assert its will. Citizens can reside wherever they want to reside. Anybody who is a criminal should be brought to book. The President has also warned against ethnic profiling. We have had enough of chaos.

“The President has approved, based on our recommendations, the imposition and enforcement of a ban on all mining activities in Zamfara with immediate effect until further notice.

“He has directed the Minister of Defence and the National Security Adviser to deploy the massive military and intelligence assets to restore normalcy to that part of the country.

“He has also approved that Zamfara State should be declared “a no-fly zone’’ with immediate effect. Any individual that thinks he can cause disunity should have a rethink” Monguno said.