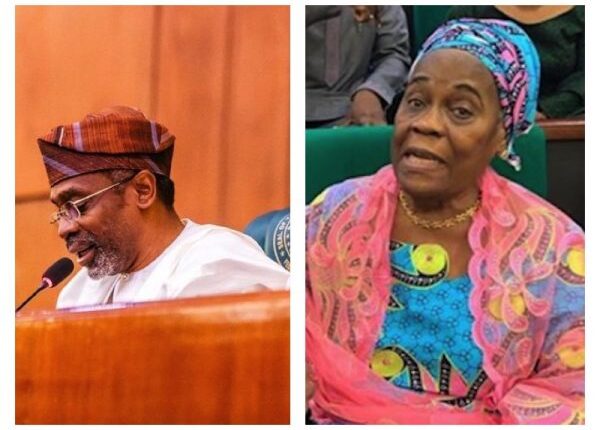 President Muhammadu Buhari has congratulated prominent Lagos politician and mother of Speaker of the House of Representatives, Lateefat Gbajabiamila, as she clocks 91.

Buhari said that the first elected female Local Government chairman in Lagos State was singled out for recognition following her successful stint in politics and on the religious front.

Through a statement his spokesman, Femi Adesina, Buhari noted that the felicitated with the United Kingdom-trained nurse, who became the first elected female Local Government chairman in Lagos State, under the Lateef Jakande administration after her foray into politics.

“President Buhari greets her family, political associates, and well-wishers, noting that Mama Gbajabiamila has served Lagos State and the country well, having been for many years a member of the Federal and State Muslim Pilgrims Welfare Boards.

“He commends Alhaja Gbajabiamila’s piety to all and sundry, as she’s a foremost leader in the Ansar-u-Deen Society of Nigeria, which pedestals her as an accomplished person in the spiritual realm, along with successes on the professional and political fronts.

“President Buhari wishes the nonagenarian greater joy and good health, praying that she would continue to rejoice in her children, among whom is Mr Femi Gbajabiamila, Speaker, House of Representatives,” the statement said.