Police may dismiss Abba Kyari over involvement in… 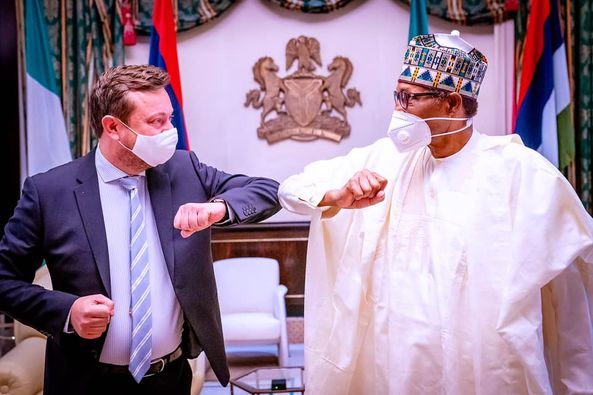 He added that the EU which is a political and economic union has been of great help to Nigeria in diverse ways, including humanitarian and in areas of trade relations.

President Buhari spoke at the Presidential Villa, Abuja, while receiving in a farewell audience, the Ambassador/ Head of the EU Delegation to Nigeria and ECOWAS, Ketil Karlsen.

“We appreciated the fact that the EU remains the largest trading partner with Nigeria, while members of the Union equally remain the largest investors,” Buhari was quoted as saying in a statement issued by his Special Adviser on Media and Publicity, Femi Adesina.

The president thanked the outgoing ambassador for facilitating the visits of French and German leaders during his tour of duty, noting that it was during Prime Minister Angela Merkel’s visit that the door to a relationship with Siemens of Germany on power was opened.

Ambassador Karlsen, who spent four years in Nigeria, said that he enjoyed “excellent collaboration” with Buhari, and with Nigeria, saying the cooperation included trade, military, humanitarian assistance, and many others.