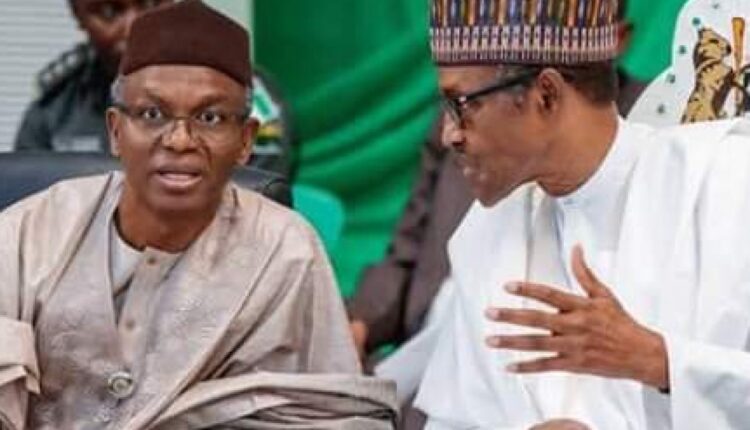 Buhari who continued the inauguration of projects executed by the Kaduna State Government on Friday, with stops at Zaria, heaped encomiums on El-Rufai for his upward trajectory, saying he was pleased to be associated with the governor’s successes and initiatives.

The president, who is on a four-day official visit to the state, had yesterday commissioned projects in Kafanchan and Kaduna metropolis in the state. On Friday in Zaria, the northern senatorial district of Kaduna, the president inaugurated the remodelled Sabon Gari market with 3,400 shops; the Circular road with two spurs on River road and Kufena road; and the Queen Elizabeth way.

Speaking at the palace of the Emir of Zazzau, Ahmed Bamalli, the president noted that within the context of scarce resources and prevailing economic reality, the El-Rufai’s administration has done well for the people. ‘‘As they say in Hausa ‘Gani ya Kori ji’ (seeing is believing),’’ he said.

At the Sabon-Gari market, Buhari, while appreciating the governor for rebuilding one of the oldest markets in the state and paying compensation of over N300 million to traders, jocularly said he would consider opening a consultancy service in the market, where a ‘‘Presidential Block’’ is named after him.

In his remarks, El-Rufai recalled that in August 2019, the president was in Zaria to commission Phase 2 of the Zaria water project, providing a basic amenity that was not available for residents of Zaria for over 30 years.

‘‘Our State is an agricultural state and this Emirate is associated with farming. We know Mr President’s passion for agriculture and we are grateful you appointed a son of the State to head the Federal Ministry of Agriculture.

‘‘We look forward to more agricultural interventions in the State,’’ the Governor said, pledging that the people of Kaduna and their elected representatives will continue to stand by the principles and values associated with the President: honesty, integrity and commitment to public service.

On his part, the Emir of Zazzau thanked the president for the intervention of the Federal Ministry of Health in providing a functional Magnetic Resonance Imaging (MRI) machine at Ahamdu Bello University Teaching Hospital (ABUTH), Zaria, in line with the desire of the people of Zazzau.

‘‘Today our people don’t have to travel to Kano, Sokoto or Abuja for medical screening with MRI machine,’’ he said.

The first class traditional ruler commended El-Rufai for the Urban Renewal Projects embarked upon by his administration, acknowledging that the Emir of Zazzau’s Palace which has been in existence for centuries, was a major beneficiary of the projects.

‘‘We will be grateful if Mr president will thank and bless our governor for the gigantic legacy project ongoing in the Place. Equally, Zaria people have benefitted in other areas like road construction and bridges which have expanded road networks as well as decongested traffic significantly,’’ he said.

On security, the Emir, while acknowledging the efforts of the government, solicited for more intervention by the Federal Government in the area, noting that Zaria emirate is a gateway to all the States in the North West as well neighbouring Niger Republic.