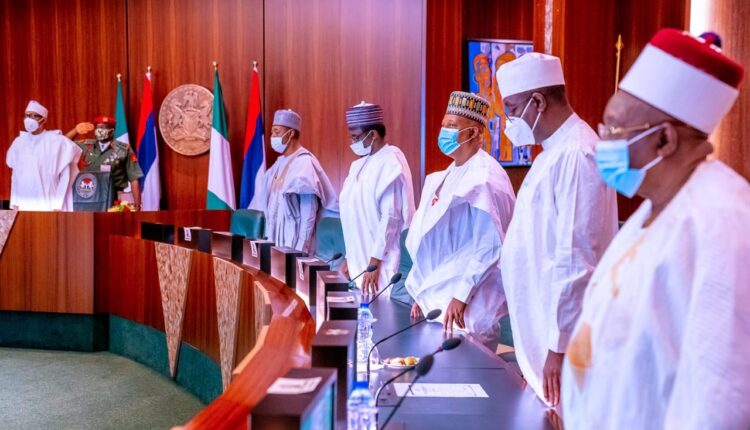 President Muhammadu Buhari has disclosed that the recent clashes being experienced in some parts of the country between herders, farmers, and ethnic groups were allegedly being fanned by few rich and influential Nigerians.

He indicated that though the agents of disunity was putting in frantic efforts in turning the country upside down, his administration would stop at nothing in ensuring Nigeria does not disintegrate.

Buhari said that the stability of the country was of paramount interest to him and that the federal government would continue to work towards it despite the actions of a few individuals.

Speaking on Tuesday while receiving a delegation of Borno/Yobe Elders Forum on a courtesy call, the president noted that the All Progressives Congress (APC) led government would work in keeping the country together. “we need this country.

The president attributed the upheavals in some parts of the country to a few people with resources and influence, assuring that they would be identified and dealt with in due course.

“I am confident that we will eventually convince the small number of people with resources and influence that are a nuisance to this great country. God willing, we will identify them, and deal with them. I am extremely concerned about your constituency like the rest of the country,” he added.

Buhari noted the request for the upgrade and development of infrastructure in the states and assured that while he would do his best in acceding to the requests, he would, however, prioritize development in education.

“We are aware of the infrastructure deficit. Our priorities will be education because all our citizens know that children within a certain age must receive it otherwise if they miss it, the future is destroyed.”

He expressed appreciation to the leaders for coming to terms with the positive improvement that has occurred in the states since the inception of the administration.

In his remarks, the Borno State Governor, Prof. Babagana Zulum, said that the leaders were in Abuja to thank the president for the tremendous improvement in their states and to intimate him with some of the prevailing socio-economic conditions.

On the delegation were Governor Mai Mala Buni of Yobe State, former Governor Kashmir Shettima of Borno State, as well as senators, traditional rulers, and elders in the two states.

Adidas may put up struggling Reebok brand for sale