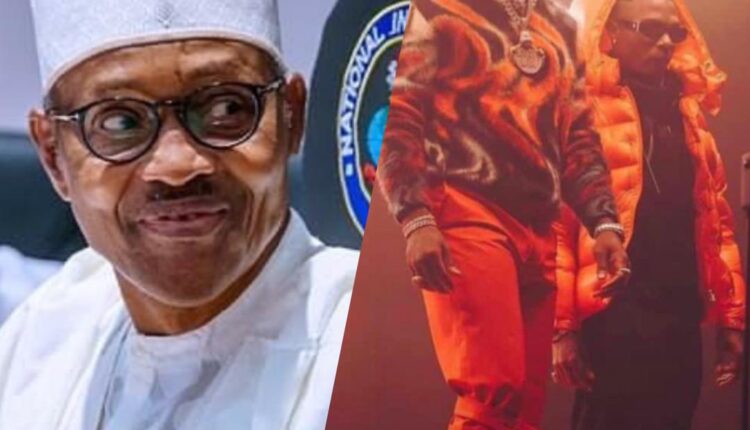 He attributed the duo’s feat during the global awards to the musical prowess and artistry of both Nigerian-born songsters, whom he said, have remained consistent in their chosen profession.

The president commended Burna Boy who took home the Grammy Award for Best Global Music Album with his 2020 album Twice as Tall, as well as Wizkid who won the award for the Best Music Video’ for his role in ‘Brown Skin Girl’, Beyonce’s 2019 hit song.

In a statement by his Senior Special Assistant on Media and Publicity, Garba Shehu, on Monday, Buhari described their wins as record-breaking achievements.

According to him, Burna Boy has made notable contributions in the field of music which the world has come to recognize and which have brought respect to Nigeria’s status.

“Congratulations to Burna Boy on being conferred the 2021 Grammy, the world’s most prestigious musical awards. He has made notable contributions in the field of music which have brought glory to Nigerians at home and abroad. We are proud of his path-breaking achievements,” the statement said.

“The record-breaking musical achievements are a recognition of the Nigerian creative talents and the awards will open doors to other aspiring citizens,”