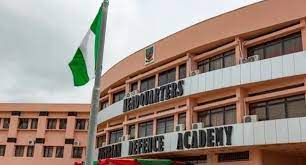 President Muhammadu Buhari has assured Nigerians that his administration would stop at nothing in protecting the citizens across the country, saying the attack launched on the facility of the Nigerian Defence Academy (NDA) would buoy the military determination to make a decisive end of criminality in the country rather than dampen the morale of the nation’s Armed Forces.

Noting that the attack, which led to loss of lives, came at a time that the military had put insurgents, bandits, kidnappers, and other types of criminals on the retreat, the president promised that the heinous action would accelerate the total uprooting of evil in the polity and put the troops across theatres of operations on their toes.

According to him, members of the Armed Forces are solidly resolved to accomplish our administration aim of total uprooting of evil in the polity in the shortest possible time.

Commiserating with the families who lost their loved ones, and praying God to comfort them, Buhari vowed that the deceased would not die in vain, as the degenerate act would have consequences that would eventually clean the country of vermin, and emancipate the polity from deliberate, targeted and contrived atrocious acts.

“The President thanks all Nigerians who value and appreciate the efforts of our military, and urges those playing hateful politics with the dastardly act to desist, noting that rather than recriminations, this is the time for all patriots and people of goodwill to support and encourage those who are in the vanguard of the battle against wickedness in the land,” Buhari was quoted as saying in a statement by his spokesman, Femi Adesina, on Wednesday.

It would be recalled that gunmen bypassed the security architecture at Defence Academy in Afaka Barracks in, Igabi Local Government, Kaduna State, killing two officers and abducted one while leaving the premises yesterday.

The officers killed after the gunmen gained access into the residential area within the Academy were identified as Lieutenant Commander Wulah and Flying Lieutenant, CM Okoronwo. Aside from the deceased, a Major who was identified as Stephen Datong was abducted by the bandits while an officer simply identified as 2nd Lieutenant Onah, who sustained a gunshot injury, has been on admission at NDA hospital where he is currently undergoing treatment.

The gunmen, before the attack at about 1 am on Tuesday, were said to have come into the barracks in a vehicle and dressed in military uniforms to prevent any check by the security officers at the entrance. An eyewitness said that after they left the last security check, the gunmen proceeded immediately to the officers’ quarters where they knew that the number of men deployed for security would have reduced.

After discovering that the deafening sounds of the gunshot were already attracting attention to the scene, they hurriedly kidnapped an army officer and left the scene through the nearby bush inside the academy, to avoid further engagements.