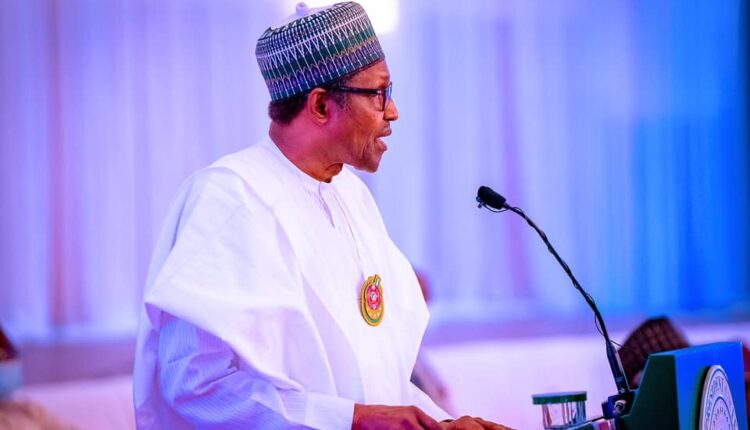 President Muhammadu Buhari has again assured Nigerians of his administration’s commitment to combating and ending issues bordering on insecurities across the country, saying his government was doing everything possible to ensure lasting peace reigns in the nation.

This is coming as he also clarified that contrary to differing opinions, he would not take actions such that would have a negative impact on the over 200 million Nigerians, adding that the interest of all citizens was being prioritized in all his administration’s decisions making.

The President noted that the assurance and clarification had become imperative following continuous threats and allegations from some Nigerians that he was being indifferent when it comes to issues bordering on security of lives and property of citizens.

Through a statement by his Senior Special Assistant on Media and Publicity, Garba Shehu, Buhari, who admitted that though the rising insecurity, particularly recent killings of 43 rice farmers in Borno, was regrettable, noted that his government was unrelenting his bid to end all forms of insecurity and win war against terrorism in the country.

The President, however, warned that his administration would not succumb to undue pressure from some section, particularly some politically exposed persons drumming the beat of chaos, adding that those issuing such threats for him to take certain actions should desist.

“The Presidency responds to the recurring threats to the corporate existence of the country with factions giving specific timelines for the President to do one thing or another or else, in their language, “the nation will break up.”

“This is to warn that such unpatriotic outbursts are both unhelpful and unwarranted as this government will not succumb to threats and take any decision out of pressure at a time when the nation’s full attention is needed to deal with the security challenges facing it at a time of the Covid-19 health crisis.

“Repeat: this administration will not take any decision against the interests of 200 million Nigerians, who are the President’s first responsibility under the constitution, out of fear or threats especially in this hour of health crisis.

“The President as an elected leader under this constitution will continue to work with patriotic Nigerians, through and in line with the Parliamentary processes to finding solutions to structural and other impediments to the growth and wellbeing of the nation and its people,” the statement read.