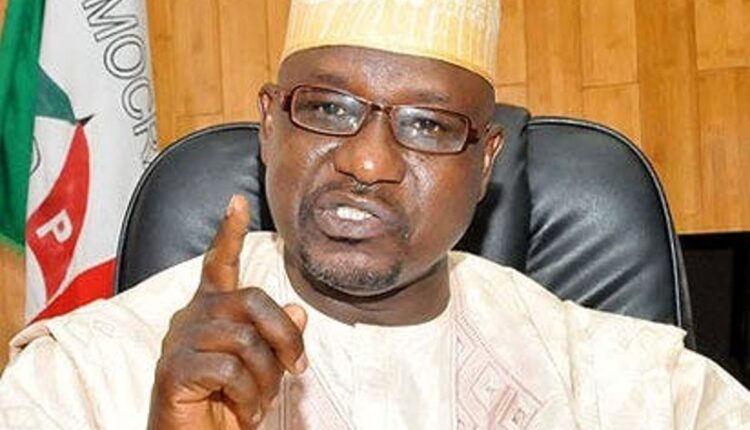 President Muhammadu Buhari has expressed sadness over killing of Adamawa State frontline politician, Ahmad Gulak, in Imo State, assuring family, friends and political associates of the deceased of his administration’s commitment in ensuring his assailants were tracked, arrested and prosecuted.

The president also expressed outrage and disgust over what he described as “the heinous murder of Adamawa politician Ahmed Gulak in Owerri, Imo State by yet to be identified gunmen.”

Reacting to the development on Sunday, through a statement by his Spokesman, Garba Shehu, the president said: “I’m repulsed by such premeditated and gruesome murder of Gulak by evil people who are determined to undermine the peace, unity and territorial integrity of our country.

“Let me warn however that nobody or group of people who engages in such despicable acts should expect to go free. We will deploy all resources at our disposal to ensure that such callous and criminal elements are brought to justice.

“Finally, Buhari expressed his deep condolences to the family of the deceased, the people and government of Adamawa State as well as his friends and associates all over the country.”

Also reacting to the development, a northern group, Northern Consensus Movement (NCM) described the development as sad and unfortunate, saying it was cowardly for members of Indigenous People of Biafra (IPOB) to allegedly kill Gulak who was on an official assignment on the ongoing constitution review in the region.

According to the group, it is now an open secret that they want and are pushing for another civil war in Nigeria. They want to provoke the North to retaliate by attacking the Igbos in the North. By this action, IPOB is using human life to set a trap which we will not fall into.

Through a statement on Sunday, the group’s President, Comrade Awwal Aliyu, said that the Northern region would not fall into the trap and urged the government to rise up to the occasion and do the needful.

He warned that the northern region’s quest for peaceful coexistence in Nigeria should not be treated as an act of cowardice, saying no region, individual or group of individuals have monopoly of violence.

“Notwithstanding, we in Northern Consensus Movement (NCM) can no longer guarantee the security of life and properties of any Igbo extraction in the North as the madness of the IPOB members is getting out of hand. Just of recent, a Northerner working with the Nigeria Custom Service (NCS) posted to the same IMO state was killed in the state while his corpse was brought to Kaduna and buried according to Islamic rites.

“A stitch in time saves nine. A dark cloud is fast gathering momentum in Nigeria. Government should rise up to the occasion by arresting the situation before it becomes too late. Enough of the IPOB madness!” the statement said.

It would be recalled that Gulak, who was aide to former President Goodluck Jonathan, was shot dead in Imo State. Gulak was killed on his way to Sam Mbakwe Airport when gunmen intercepted the vehicle carrying him and two others.