Tinubu, Sanwo-Olu, others describe Ndubuisi Kanu as a… 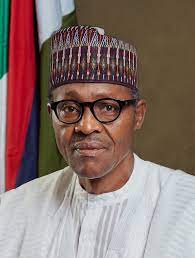 Nigeria’s president, Muhammadu Buhari, has said that the All Progressive Congress (APC) is the most friendly political party in Nigeria as part of the party’s efforts to seek for more political opportunities for women representation and participation across the federation.

Buhari assured that APC will not fail its consistency in supporting the women generously particularly in the forthcoming party’s convention and upcoming 2023 general elections, adding that there is need for women to be really included especially at this time.

While speaking at the Progressive women conference in Abuja on Tuesday, the president who was represented by APC caretaker chairman, Mai Mala Buni, said that peaceful elections should be promoted rather killings or violence as elections should not be made to be a do or die affair.

“APC is the most women friendly party in Nigeria, we are going to support more women in the forth coming convention and the next general election. We should promote peaceful election above killings. APC will continue to support you and support you generously.” he said.

On his part,  Ekiti’s governor and the chairman, APC progressive women,  Kayode Fayemi, expressed satisfaction on the efforts of women, saying that anyone who has the opportunity of working with women closely will realize that they are your best armor bearer.

Fayemi commended the First Lady of Nigeria, Aisha Buhari, for pushing the party to do more particularly in regards to women through their consistency and hard work, adding that women are guarantees the future of the nation.

“No women, no nation. Without our women we have no future. Anyone who has the opportunity of working with women closely will realize that they are your best armor bearer. They put consistency and hard work to bring out the best. 30 states in Nigeria has enacted the Gender Based Violence (GBV)  law to protect women. I want to appreciate Aisha Buhari for putting us on the toes to do what we ought to do with our women.” he said.

He further appealed that the forth coming convention in February, 26 should be made a policy convention where the party can reminisce on where they are, what they have done and prospect where they are going in order to achieve better including the women participation.

“I want to make the request that the convention in February will be a policy convention to examine where we are, what we have done and where we are going. We have not do enough for our women, there are more we can do. We have the capacity and all it takes to ensure our women gets better representation.” he added.

Also,  the chairman APC governor’s forum, Atiku Bagudu suggested that the quick way to ensure better women participation would be to ensure that at all administrative levels, 30% women inclusion should be recommended.

On her part, Aisha noted that the women the conference would be a turning point for APC women,  saying that this is the first women convention talking about women inclusion.

She enjoined APC to ensure more women representation particularly within the party before spreading across the nation, adding that the women want 35% inclusion.

“I therefore call upon the APC for more women representation. Charity begins at home, APC should that women occupy party offices to make it more easier for other level. APC has done so much but we want more. We need more women in local levels, we need to hold the governor’s responsible of we don’t get the 35% we are clamoring for.” she said.