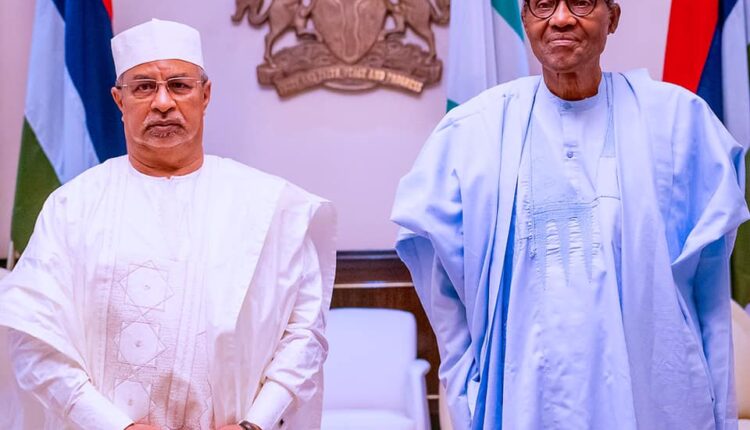 President Muhammadu Buhari has emphasized the need for countries in the West African sub-region and those in the Sahel battling security challenges, to team up to confront the menace.

He added through collaboration and excellent teamwork that would produce a generally accepted framework and action plan to deal with the terrorists, issues bordering on insecurity would be thing of the past across the continent and that development that had been elusive would find its way into the region.

The president noted that by polling resources together and adopting a singular approach to fight insurgency across the continent, countries would begin sighing heave of relief, and the menace of Boko Haram would be drastically reduced in Africa.

Buhari spoke on Tuesday at State House, Abuja, while receiving the new Special Representative of the UN Secretary-General for West Africa and the Sahel (UNOWAS), Mahamat Annadif, a Chadian.

Describing the problems as “enormous,” the president noted that Boko Haram has exacted heavy toll in terms of lives and resources in Nigeria and some neighboring countries, while Mali equally has a large swathe of the country occupied by militants.

Addressing the UN representatives, Buhari said: “You are our neighbour. You have vast experience on matters affecting the Sahel, having served for five years in Mali. I hope you will get the countries to work together to confront the issues affecting them.”

‘I hope under the auspices of UNOWAS, you will help get the problems sorted out. Most of them have to do with the instability in Libya, and it affects all of us.”

President Buhari pledged the assistance of Nigeria to the Special Representative so that he could succeed in his assignment.

On his part, Annadif said that he was visiting shortly after his appointment because he recognized the crucial role of Nigeria in West Africa.

He added that he was quite familiar with the problems of the Sahel region and would depend on the help of Nigeria to succeed.