Davido, K1, Tiwa Savage, others to perform at Eko-on-show… 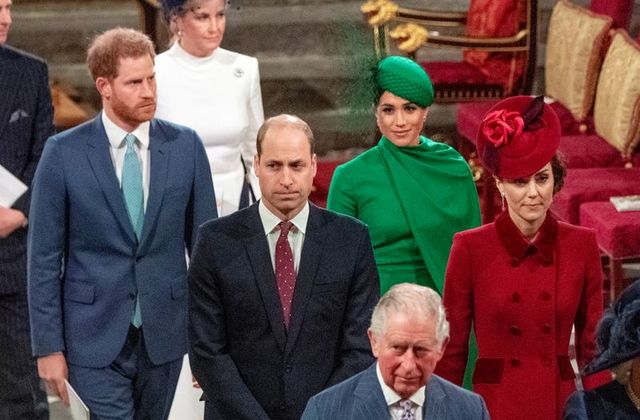 The children of Britain’s Queen Elizabeth and Prince Philip have taken turns to mourn and warmly thanked the public for its support and for tributes paid to their father, who died on Friday aged 99.

Prince Philip, the husband of Queen Elizabeth who played a leading figure in the British royal family for almost seven decades, has died aged 99.

The Duke of Edinburgh, as he was officially known, had been by his wife’s side throughout her 69-year reign, the longest in British history, during which time he earned a reputation for a tough, no-nonsense attitude and a propensity for occasional gaffes.

“It is with deep sorrow that Her Majesty The Queen announces the death of her beloved husband, His Royal Highness Prince Philip, Duke of Edinburgh,” Buckingham Palace said on Friday.

Following are comments and statements from the couple’s four children this weekend.

Eldest son and heir to the throne, Prince Charles:

“My father, for I suppose the last 70 years, has given the most remarkable devoted service to the queen, to my family, to the country, and also to the whole of the Commonwealth,” Charles said outside his Highgrove House home on Saturday.

“My dear papa was a very special person who above all else would have been amazed by the reaction and the touching things that have been said about him and from that point of view we are, my family, deeply grateful for all that.”

“As you can imagine, my family and I miss my father enormously. He was a much loved and appreciated figure and apart from anything else, I can imagine, he would be so deeply touched by the number of other people here and elsewhere around the world and in the Commonwealth, who also I think, share our loss and sorrow.”

“You know it’s going to happen but you are never really ready,” she said in a statement on Sunday. “My father has been my teacher, my supporter and my critic, but mostly it is his example of a life well lived and service freely given that I most wanted to emulate.

“His ability to treat every person as an individual in their own right with their own skills comes through all the organisations with which he was involved. I regard it as an honour and a privilege to have been asked to follow in his footsteps and it has been a pleasure to have kept him in touch with their activities. I know how much he meant to them, in the UK, across the Commonwealth and in the wider world.

“I would like to emphasise how much the family appreciate the messages and memories of so many people whose lives he also touched. We will miss him but he leaves a legacy which can inspire us all.”

“We are all feeling a great sense of loss but at the same time the tributes have been absolutely amazing,” he told reporters on Sunday in Windsor. “I just want to say how grateful I am, we are, for these tributes. He was a remarkable man. I loved him as a father.

“It’s a great loss, I think the way I would put it is we’ve lost almost the grandfather of the nation. And I feel very sorry and supportive of my mother who is feeling it probably more than everybody else

“The queen as you would expect is an incredibly stoic person, and she described his passing as a miracle. And she’s contemplating, I think is the way that I would put it. She described it as having left a huge void in her life but we, the family, the ones that are closer, are rallying around to make sure that we’re there to support her.”

“It’s been a bit of a shock, however much one tries to prepare oneself for something like this, it’s still a dreadful shock and we’re still trying to come to terms with that, and it’s very, very sad,” he told reporters on Sunday.

“But I have to say that the extraordinary tributes, and the memories that everybody has had and been willing to share, has been so fantastic.

“He might have been our father, grandfather, father in law but he meant so much to so many other people.”