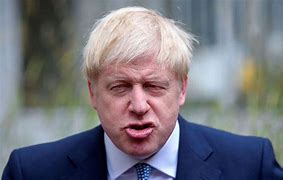 After surge in recorded cases of coronavirus, the British Prime Minister, Boris Johnson, has disclosed that plans had been concluded to adopt new measures, including other protocols for its emergency responses to accelerated positive cases in parts in parts of England.

The emergency responses, he said, would include the reintroduction of stricter three-tiered local lockdowns, shutting down of bars, gyms, casinos, and bookmakers in areas considered as high risk.

Parts of the plans, the Prime Minister, would include briefing parliament members and other stakeholders on the stringent measures the country would be taking and seek inputs and support of the lawmakers.

Johnson said that the planned briefing was to seek ways to assuage feelings of citizens on the need for a tiered system being considered by the government which had been greeted by outrage from the people.

Briefing newsmen on Monday, Jonhson who spoke through England Deputy Chief Medical Officer, Jonathan Van-Tam, said that surge in positive cases of the deadly respiratory disease in northern part of the country necessitated the measures being considered.

According to him, emerging data showed infections were rising across the north of England and in some more southerly areas while the virus was creeping up age bands towards the elderly from those aged 16-29 years.