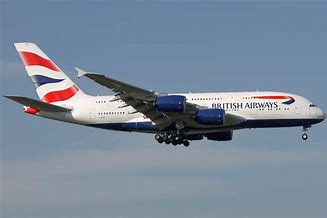 Following confirmation of three cases of Cornavirus in France, Britain’s official carrier, British Airways, has announced an indefinite suspension of flights to and from China, to prevent the spread of deadly disease ravaging the Asian country into United Kingdom (UK) and other European countries.

Some of those that contacted the disease in european countries, it was gathered, were those that do nt have any traveling experience to the Eastern country to China, in Germany, Japan, Taiwan, and Vietnam.

The announcement came hours after the Chinese government confirmed that atleast 6,000 citizens have contacted the virus with possibilities of more cases been recorded in the country.

Earlier, France Health minister, Agnès Buzyn, expects more cases of the deadly coronavirus to be confirmed in France, after revealing that a further 15 suspected instances of the virus are being investigated.

Buzyn, while hinting that three patients were currently been treated at an isolated hospital, disclosed that another five patients suspected of having the illness were also being treated in isolation, and 10 more suspected cases were under investigation.

Some of the symptoms exhibited by the patients include cough, headache, fatigue, fever, aching and difficulty breathing.

As is routine at this time of year, health authorities advise good hand hygiene – washing your hands and using sanitiser gel regularly, using disposable tissues and throwing them away and covering your mouth when you cough. Masks offer little protection.