Kaduna monarchs may partake in security, economic, others… 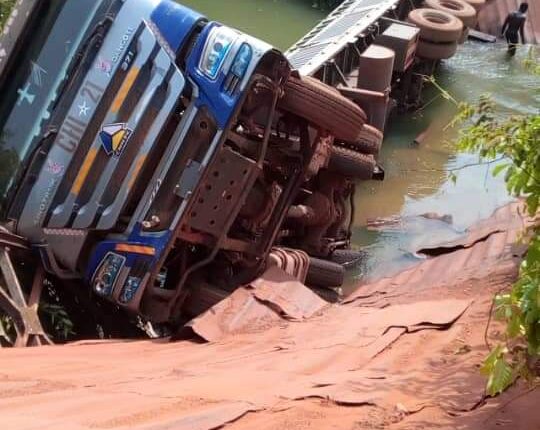 No fewer than nine communities in Ogurugu Uzo-Uwani Local Government Area of Enugu State have been cut off from their neighbours after a bridge linking them collapsed.

The bridge, popularly called Isi Bridge, linked the nine communities to others, was reported to have collapsed while a truck conveying goods was plying the bridge on New Year Day.

As gathered, the popular bridge has been in a horrible status for several months and had been a source of concerns to commuters as well as residents plying the bridge.

The guild gathered that the over 30 years old bridge was constructed with irons and was the major road for the communities to access other communities in the state.

A resident, who identified himself as Mekus, in a statement made available to newsmen on Saturday, pleaded to the state Governor, Ifeanyi Ugwuanyi, to rescue them and reconstruct a temporary bridge that could assist them to do business and engage in other activities with neighbouring communities. 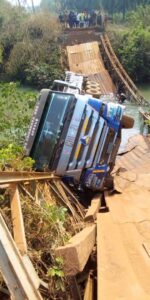 Mekus said: “The Isi Bridge connecting Ogurugu Uzo-Uwani LGA in Enugu State, Nigeria is down by a trailer conveying goods. On 1st January, 2021 This is my home town. Please Governor Ifeanyi Ugwuanyi, we need you now”.

Other residents alleged that the council has been neglected for several years by the government, saying, there is a dearth of infrastructure and other basic amenities including roads that were meant to aid commercial activities within the council.