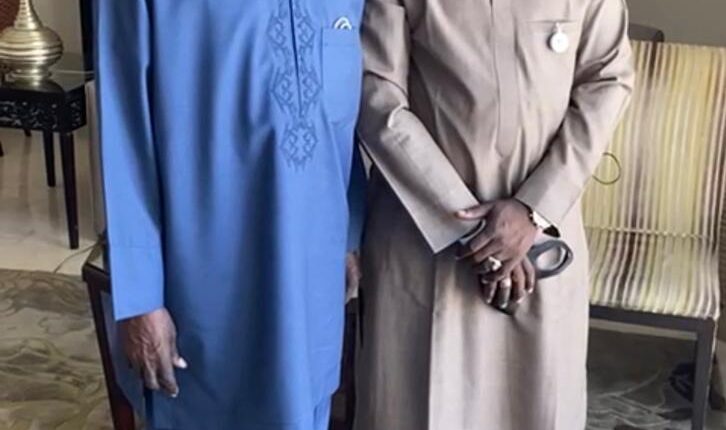 The National Leader of All Progressives Congress (APC), Bola Tinubu, has returned to Nigeria after a brief holiday abroad, contrary to speculations that the APC leader was sick and hospitalised in France.

Tinubu made his return to Nigeria on Tuesday evening a few hours after news filtered in that his health had continued to deteriorate and that he was currently receiving medical treatment at an unspecified hospital abroad.

One of his aide, who returned to Nigeria alongside the national leader of the ruling party, told The Guild that Tinubu was hale as well as healthy and that himself as well as the Lagos State former governor were just returning into Nigeria on Tuesday evening.

He disclosed that the news of Tinubu been hospitalized was yet to reach Tinubu’s media team, assuring that the team would respond to the speculations once APC national leader settles down.

The aide hinted that Tinubu arrived Nigeria 7pm on Tuesday and that the man was in a good state of health before departure and arrival into the country.

“We landed in the country a few minutes ago but before then, we have been within the country’s airspace. And I can tell you categorically that the man you asked for is more fit than anyone else that accompanied him on the trip.

“So I do not understand why anyone would even say that he is not okay. I was with him on the trip and I know that any speculation made on him is completely false”, he added.

Before the source made clarifications on the APC national leader’s health, the founder of Bola Ahmed Tinubu (BAT) Movement, Abiodun Ajiboye, debunked the rumour and described the report as the handiwork of mischief makers and cynics in the country.

Ajiboye, in a statement made available to newsmen, noted that the story lack details and other criteria that would further authenticate that truly the Lagos ex-governor was hospitalised.

According to him, “looking through the story, you can see that the story is not professionally written, the story refused to disclose the precise time he was flown out and nature of the ailment, the story refused to state the surrounding circumstances and lastly, they do not even know the name of the hospital he has been flown to.

“All this simply attest to the fact that it is not a credible story, but rumour to fill the media space. For the avoidance of doubt, Asiwaju has a registered hospital he attends in London and his regular doctors who have his medical history. So, the question of undisclosed location is just to lay further credence to the fact that the report is fake news.

“By and large, it is not uncommon for Asiwaju at 69 to go for regular medical check-ups, I hereby implore all and sundry to disregard the news flying around about his state of health, he is hale and hearty. Asiwaju is due back today, as I speak, he is due back very shortly” He confirmed.