How armed men loot, set ablaze The Nation headquarters in… 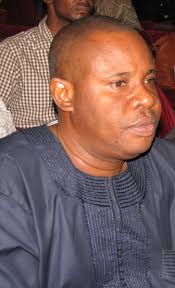 To prevent any vacuum in the office, considering its importance, Sanwo-Olu has appointed Adedamola Adekunjo to resume into the office immediately.

Sanusi, who got his appointment through the former governor, Akinwunmi Ambode, was earlier enlisted for tenure elongation after working tirelessly to ensure his former  boss does not get his second term ticket since he fell apart with the National Leader of the All Progressives Congress (APC), Asiwaju Bola Tinubu.

It was learned that the immediate LASAA boss was shocked at the close of work on Friday when it became obvious that the governor was not ready to re-appoint him for the post.

The Guild gathered that barely 24 hours after Sanusi’s appointment was terminated, the State Governor directed the Head of Service, Hakeem Muri-Okunola, to issue a letter of appointment to Adekunjo, not minding it was weekend.

In a letter of employment sighted by The Guild and signed by Head of Service on December 7th, with reference number LGS/HOS/178/T/158, it was stated that the appointment of the new MD was for another four years. and took effect yesterday.

The letter reads: “In approving your appointment, due cognizance has been taken of your integrity, selfless services and record of impressive performance. I, therefore, have no doubt that you will bring your wealth of experience to bear on the work of the Lagos State Signage and Advertising Agency and continue to justify the confidence reposed in you by his Excellency, the governor”.