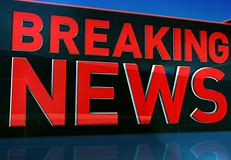 England’s oldest heir to the throne, Duke of Cornwall, Prince Charles, has recovered from coronavirus infection and tested negative for the global pandemic disease.

The Prince of Wales had recently revealed that he had tested positive for the deadly illness following exhibition of mild symptoms of the respiratory disease, which led to him placing himself on self-quarantine with aim to stop possible spread of the infection to others in the royal household.

It would be recalled that his wife, Duchess of Cornwall, Camilla, had at the time, tested negative to the virus but also went on self isolation as precaution against possible disease spread.

Charles, who revealed to newsmen in the country on Monday, stated that he had fully recovered, was in great health and that his recovery had been confirmed by receipt of a negative test result for coronavirus.

The Prince, now out of isolation, said that his wife, Camilla, would still complete her self-isolation as expected, following which she would also resume her duties if her test results remained negative.