Bulgaria to propose immediate closure of EU borders to… 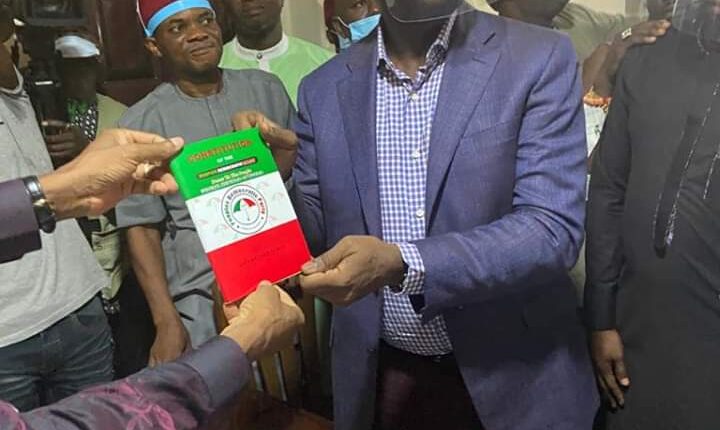 Days after tending his resignation from All Progressives Congress (APC), Edo State Governor, Godwin Obaseki, has finally joined the Peoples Democratic Party (PDP) ahead of the gubernatorial election.

Obaseki stated that his aim of dumping APC for PDP was to advance my ambition to seek re-election as governor of Edo state during the upcoming election scheduled for September in the state.

The governor, who picked his PDP membership card at the state Secretariat in Benin city on Friday, disclosed that aside from him, his supporters are also joining PDP and that he has become the party leader in the state.

Addressing newsmen after his official decamp to PDP, he noted that since assumption of office in 2016, his administration had ensured residents get dividends of democracy

“I have officially joined the PDP to advance my ambition to seek re-election as Governor of Edo State. I, as always, remain committed to engendering good governance and sustainable development of our dear state.

“I automatically become the leader of the party and I am ready to provide the leadership in the state. I will make sure that the level of progress and participation by the people is unrivaled in the state. I am the person that the state requires to take the state to its next level”, Obaseki added.