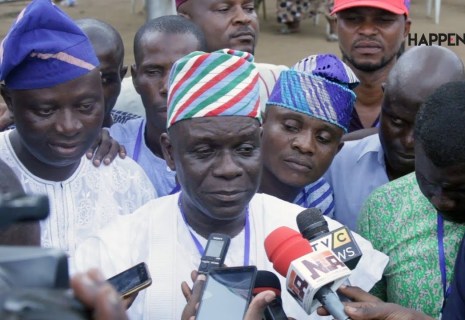 The Lagos State Chapter of All Progressives Congress has said that it would no longer allow political office seekers to be managed by Independent Campaign Groups (ICG) such as witnessed during 2019 elections and that the party would remain in charge of all affairs involving political programmes for candidates.

It explained that even though most independent campaign groups were formed by formidable party loyalists, the new development was a reality that entire members of the state chapter of APC must adjust to as the decision of the party had come to stay.

The Chairman, Lagos State Chapter, APC, Babatunde Balogun, said that the party remains supreme to any formations and that no group stands any chance in taking undue advantage over others.

Speaking during inauguration of Lagos East Senatorial District and Kosofe II bye-election campaign committee for Tokunbo Abiru and Obafemi Saheed respectively, Balogun said that the all-inclusive campaign committee puts together for both candidates was to reflect current realities in the state chapter of the party.

The Chairman, who spoke at the party secretariat on Monday, noted that with the new committee, no special recognition was given to formations or groups and that members of the party remain one indivisible family bound by APC party supremacy.

He said that though during last elections candidates were allowed to have independent campaign organizations that were constituted by vibrant, enthusiastic, and result-oriented party members, the party has since reviewed its strategy and resolve to take control of political office seekers electioneering campaigns.

Balogun, however, maintained that Local Government and Ward chairmen would be consulted and given special pride of place during campaign committees formation.

“Therefore, the supremacy of the party as an entity is emphasized, as the saying goes ‘the party is supreme’. No group stands any chance in taking undue advantage over the other and that has been the guiding principle in the formation of this campaign committee.

“But the new reality in the party is that the control, management, overseeing the campaign and conduct of elections lie in the hands of the APC state chapter.

“No independent campaign organization exists anymore. APC as a political party reigns supreme in party matters.  Henceforth, apart from the party executives, the LGA party chairmen and ward chairmen must be given due regards and recognition in their LG and wards accordingly,” he said.