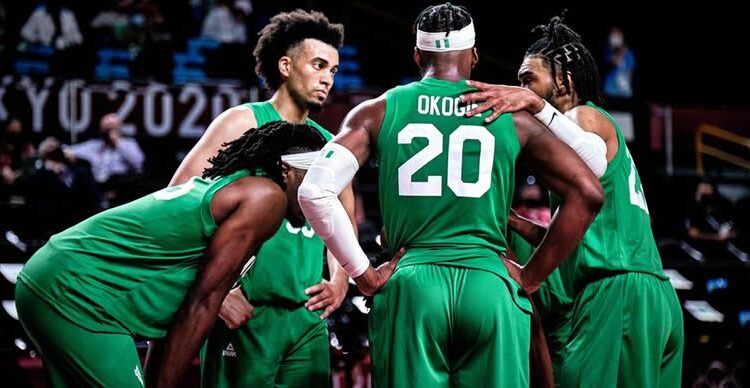 The Nigerian male Basketball team, D’Tigers, has been edged out of the 2020 Tokyo Olympic games after losing their third preliminary round match against Italy, 71-80 points.

During the match played at the Saitama Super Arena, the D’Tigers won the second and third quarters of the encounter but lost the first and fourth quarters to hand their opponent an opportunity to claim their second victory at the games.

In the first quarter of the game played on Saturday, the team only recorded 17 points, after several missed three-point throws, while the Italians perfected their throw, recording 29 points to end the quarter.

The Micheal Brown tutored team took the game to another level and outsmarted their opponent during the second quarter with 22 points as against the 11 recorded by Italy.

D’Tigers continued the drive in the third quarter and ensured that their opponent does not have any space to record three points throw while they ensured that Chimezie Metu gets the balls to slam both two and three points respectively; ending it at 16-24.

After starting the fourth quarter with a lead with a seven points lead, 56-64, the Nigerian team gave their opponent more opportunities to control the game and they took advantage of it, closing the gap and overtake them, recording 24 points as against eight by Nigeria.