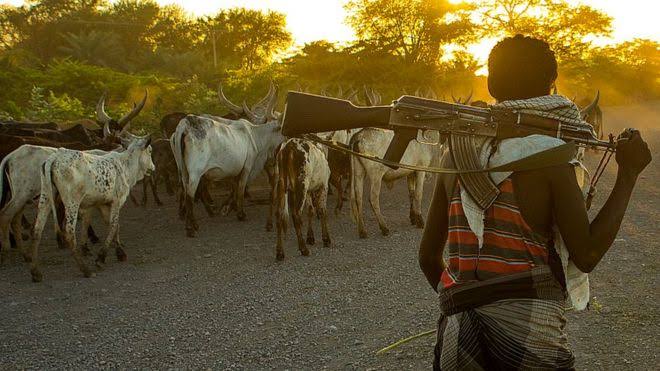 At least fourteen passengers  were said to have been kidnapped at Ajeoku junction, along Otan-ile-Okemesi road in Obokun Local Government of Osun State by ome criminals, suspected to be Fulani herdsmen.

According to an eyewitness, Saka Adelu, some of the criminals, who pretended as passengers boarded an Abuja-bound bus from Osogbo before striking at the said location around 5pm Sunday evening.

Adelu said while 14 of the passengers were taken away, others were left behind who later reported the case at a nearby police station.

The police is yet to react to enquiries by journalists over the issue, as the Police Public Relations Officer in the state, SP Folashade Odoro was said to be in a meeting with the Commissioner of Police when contacted by our Correspondent.

Meanwhile, a top member of Odua People’s Congress(OPC) in Osun confirmed the incident to  newsmen, saying his men and police officers were already ‘combing’ the bush to rescue victims.

“It is true, some of the passengers who were left behind reported the case to our people at Otan-ile, they said the criminals were in the bus with them from Osogbo, before they eventually struck. We are presently trailing them and we are going to definitely get them,” he said.