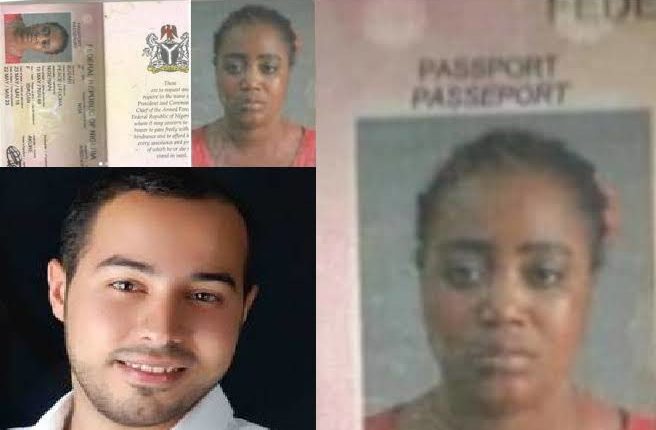 The Lebanon Police has arrested a Lebanese, Wael Jerro, for allegedly trafficking a Nigerian girl and advertised her for sale on Social media with a price tag of $1000.

Jerro’s arrest came hours after the Federal Government of Nigeria kicked against the action and demanded prosecution of the suspects for engaging in the act.

Confirming arrest of the suspect, Chairman Nigerians in Diaspora Commission (NIDCOM), Abike Dabiri-Erewa, in a statement on his official social media handle, Thursday, disclosed that the government arrested him for onward prosecution after engaging in the act.

She said”Breaking news on Trafficked Nigerian girl for sale on Facebook by a Lebanese !The Lebenese Government just announced the arrest of Mr. WAEL JERRO for onward prosecution against criminal sales of a human, a young Nigerian girl”.

Information on the biodata page of the international passport Jerro shared on his facebook page, identified the Nigerian as Peace Ufuoma, and was born on May 19, 1988.
Also, the Ufuoma’s passport was issued in Ibadan, Oyo State on May 23, 2018, and will expire on May 22, 2023.

Earlier, the chairman disclosed that law enforcement agency has commenced manhunt for the man and search for the young girl as well.
Dabiri-Erewa added that the Nigerian mission in Lebanon has reported to the host authorities and demanded justice.

According to her, this case is an indication that there is a need for a renewed fight against traffickers in the country.