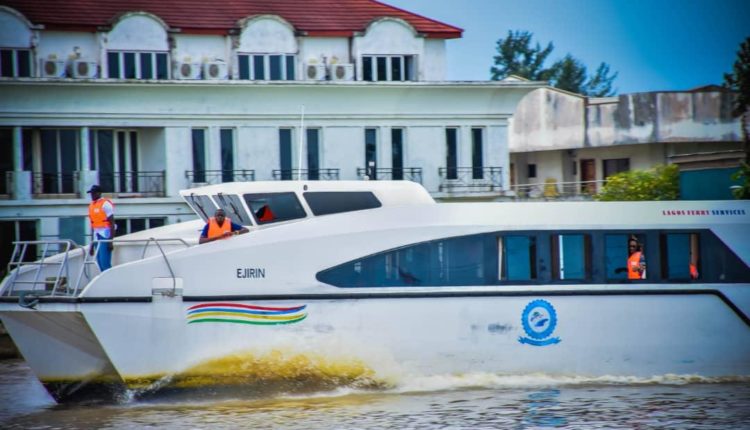 In a bid to ease residents’ movements in Lagos, the State Government has concluded plans to commission eight additional high-capacity passenger boats in the state.

The launch of the eight additional boats, which is aimed to boost transportation on waterways and reduce commuters dependance on road transportation system in Lagos, will increase number of passenger boats to 14.

Also to be launched by the State Governor, Babajide Sanwo-Olu, on Tuesday, February 4th, is Lagos State Ferry Service (LAGFERRY) operations app, to assist commuters to have an opportunity of buying their tickets ahead of their scheduled trip on waterways either when online or offline.

Chief Executive Officer of Lagos State Ferry Service (LAGFERRY), Ladi Balogun, who disclosed this on Saturday during a press briefing on the launch scheduled for Tuesday, February 4th, held in Ikeja,  stressed that commuting  over 20 million residents of Lagos largely on the road has proven ineffective.

While stating that road transportation has been overstretched resulting in traffic experienced within the state, Balogun stated that the solution to reduce number of hours spent on road daily is water transportation.

According to him, introduction of Minibuses, Keke Marwa and commercial motorcycle popularly called Okada has mostly compounded the management of traffic across the state, with water transportation systems the best alternative.

“Water transportation is an integral component to the development of the Lagos multi-modal transport system; we have no doubt that the waterways will offer further solution to persistent gridlock on our roads and the ever-growing transport demand in the state.

“It was in this vision that the Lagos State Government approved the procurement of eight additional units of ferries to the already existing 6 units, bringing the total of boats to be deployed for commercial operations to 14”, he added.

The Managing Director noted that the entire fleets would be deployed on waterways immediately after the launch and managed by the agency saddled with the responsibility of commuting people and goods on Lagos waterways.

“For the purpose of residents who will want to take advantage of this fresh impetus for water transportation, let me disclose that the six routes on which commercial operation is about to begin on a full scale include Ipakodo Terminal , Ikorodu-Five Cowries Terminal, Falomo Ikoyi, Ipakodo Terminal, Ikorodu-Ebute Ero Jetty-Elegbata –Lagos Island,  Marina Terminal CMS and Five Cowries Terminal, Falomo Ikoyi, -Badore Terminal, Ajah-Eti in Osa Local Government.

Assuring that LAGFERRY goal was to develop more ferry routes and provide additional modern hi-tech ferries embellished with speed, comfort and confidence on waterways, the General Manager hinted that the agency is poised to create a more conducive business environment that encourage private sector operators to invest in water transportation while the government provides facilities and regulations.

“We are also working in hand with the private sectors, local and international ferries builders with the support of Mr. Governor to acquire more ferries to cover all the 40 waterways routes before the end of the year 2020”.