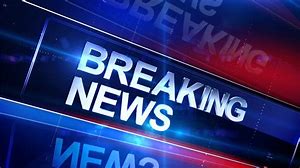 Share
By Monsuru Olowoopejo,
The Lagos State Government has confirmed another Coronavirus case barely 24 hours after discharging one of its previously confirmed cases.
It revealed that the third person to have tested positive for the virus is a 30 year old Nigerian woman who was found to have returned from the United Kingdom (UK) on March 13, 2020, and that the patient had taken measures to self quarantine herself as soon as she developed symptoms of the disease.
According to the State Commissioner for Health, Prof. Akin Abayomi, the patient had been transferred into quarantine at the state’s Mainland General Hospital, and adequate processes and procedures were in place to prevent further spread of the deadly virus within the state and the country in general.
Abayomi, who confirmed the case incidence during a press briefing in Ikeja on Tuesday, urged Lagosians to adopt personal hygiene methods and  maintain Social Distance as they went about daily activities, saying that such would help curb possible spread of the virus in the country.

“She is now in isolation and receiving care at Mainland Infectious Disease Hospital, Yaba.

“Red circle Contact tracing of all passengers and all those who may have come in contact with this latest case has commenced,” he said.

Abayomi said the woman travelled to the UK and came back on March 13 on British Airways 75.

He explained that the woman went into self-isolation and was only in contact with her family which includes her parents, saying that the entire family had been moved to the IDH, Yaba for isolation to see if they would develop symptoms of the virus.

The commissioner said while the woman had been moved to isolation I ward for treatment, those who boarded the plane with her would be traced to prevent the virus from spreading.

Abayomi said people in the flight with the woman should contact the government for appropriate advice on what to do.

According to him, government would be doing aggressive contact tracing .

He said the woman was doing well as she did not need serious care at the moment, saying she was calm and comfortable.

He, however, disclosed that three fresh suspected cases were also discovered through the surveillance initiated by Federal and State Governments.
Of the three suspected cases, two were already quarantined while the third is on self-isolation.
“One of the case came into the country through the Middle-East region. He arrived on 10th of March and few days after, he developed symptoms that are similar to Coronavirus. Also, his travel history indicated that he could have contracted the virus. Due to this, we have decided to quarantine the suspected case.
“The second suspected case came into the country from United Kingdom (UK). He arrived on 3rd of March with sound health. After some days, the suspected case developed symptoms that were similar to Coronavirus. And due to his travel history, we have decided to quarantine the case.
“Also, the third case is an Indian who came into Nigeria from Cairo in Egypt. On arrival, he had high fever two days ago. And realising that this is one of the Coronavirus symptoms and looking at situation in the North African countries, we decided that the case too should be subjected to tests.
“If the tests proved negative, we will discharge them immediately. And do not forget that we have discharged the Secondary case after results showed that he was negative. That is what we will do to these cases as well.
“On the Index case, I can confirm to you that he his doing fine but still excreting smaller percent of the virus. I can assure you that whenever test results proved that he is negative, we will do same for him as we have done for others”.