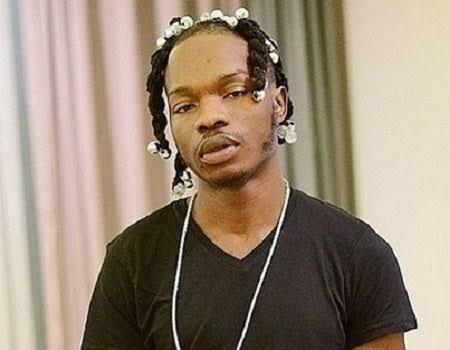 Naira Marley and Gbadamosi, who both pass the night at the Criminal Investigation Department (CID) in Panti, Yaba after been quizzed for allegedly attending a birthday party organised by Nollywood actress, Funke Akindele-Bello, popularly called Jenifa, for her husband, Abdul-Rasheed Bello professionally known as JJC, an act declared under the law as contravening social distancing order.

When both men appear before the court tomorrow, the magistrate could award the same penalties Akindele-Bello and her husband received if Naira Marley and Gbadamosi plead guilty to the charges that would be presented before them. But if not, more troubles could await them.

If they plead guilty, like Akindele-Bello and her husband, they could be asked to pay a fine of 100,000 each, sentenced to 14 days community service, three hours per day, excluding Saturday and Sunday.

Also, they could be asked to visit 10 important public places within Lagos State to educate the public on the consequences of non-compliance with the restriction order, and they must submit the names and phone numbers of every person who attended the party.

Aside from that, B9th Naira Marley and Gbadamosi could be placed on isolation by the State Government to determine their COVID-19 status. Failure to abide by the above directives shall attract more severe punishments.

The planned arraignment came hours after Attorney-General and Commissioner for justice, Moyo Onigbanjo, assured Lagosians that everyone that attended the birthday party irrespective of their status in the society would be prosecuted.

Naira Marley and Gbadamosi’s attendance at the party held in Amen Estate, Lekki was confirmed in a viral video posted by the actress husband urging fans to celebrate with them, an act which drew the attention of Nigerians and law enforcement agencies at a time when President Muhammadu Buhari had placed lockdown on Lagos to curtail coronavirus spread.

On Sunday, when the police stormed the home of the Bello, Naira Marley had left the premises after backlash trailed the party, which many claimed, was in sharp variance with the social distancing pronouncement by the government and Funke Akindele’s campaign.

Due to threat from the Police that he could be declared wanted, Naira Marley presented himself at the State CID Yaba where he had since been detained.

Earlier, Gbadamosi, a Real Estate Tycoon and the chairman of Amen Estates, who was spotted among the guest, narrated that he thought they were only going to see Funke Akindele and JJC’s family and staff at their house.

He, however, said he suffered a lapse in judgment after a celebrity turned up with a number of people with him.

The former Governorship aspirant who disclosed that he supports the social distancing policy that has been put out by healthcare officials to curb the spread of coronavirus added that everyone who attended the party is a resident of the estate.

Why other states must understudy Lagos for coronavirus treatment – FG