Police beefs up security after terrorist attack threats in… 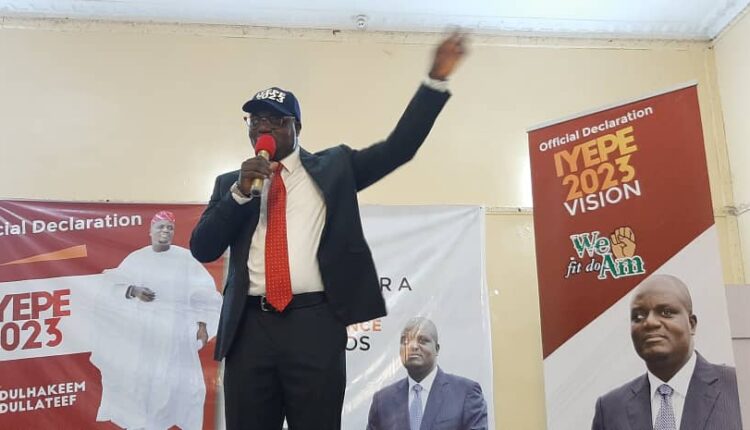 The former commissioner for Home Affairs in Lagos State, Dr. AbdulHakeem AbdulLateef, has resigned from the All Progressives Congress (APC).

His resignation came barely 72-hours after he declared his intention to contest the state’s governorship seat in 2023, saying time has come for residents to experience best of what Lagos could offer in all spheres of human endeavours.

He had during his official declaration on Tuesday explained that the need for residents across the state to experience what Lagos could become when managed by good manager of human and resources necessitated his intention to lead the state and give Lagosians pride of place in the management of their affairs.

Abdullateef, who was also former Amir Hajj of Lagos, said that his decision to resign was not unconnected to the rejection of his Iyepe 2023 movement by some “close leaders” he respected in the party, an action, he said also led to the termination of his appointment as the Special Adviser to the Speaker, Lagos State House of Assembly on Religious Affairs.

Through his independence day message shared on his social media page, the one-time lawmaker while thanking the APC leadership, particularly Bola Tinubu for his contribution in his political trajectory, said that though misunderstood, the movement was aimed at galvanising Lagosians to develop more interest in politics and curb voter’s apathy.

According to him, he launched IYEPE 2023 movement because I believe that the Nigerian Constitution allows freedom of expression and the rights of all citizens to participate in bringing about the needed transformation in all sectors of the economy.

“I am an indegene of Lagos state and an Awori by birth. I, therefore, have a duty to take positive steps including admonitions and practical reorientation of our people towards the ideal society we crave for.

“My desire is to win the pleasure of my lord which no political position can replace and that is why I am not desperate. I will be totally FULFILLED when I am able to make efforts to enlighten our people about good governance, welfarism, the growth and development of the youth, the care of the elderly, the growth of the private sector, the ideals of Constitutional Democracy, and better lifestyles for the leaders and the led.

“This movement has been rejected by some close leaders I respect. I have therefore decided to leave the party in order not to create disunity within the party. Please do not persecute or victimise my followers who have chosen to stay in APC. I leave them all in the care of the Lord.

“I am more concerned about paradise and I am not afraid of death. I will continue to preach the word of God and invite all Nigerians regardless of their religions, colour, and race to be determined to be different. We cannot continue this way.  Today is the Independence anniversary. We thank God for preserving our lives till date. But we can do better than this,” the statement said.