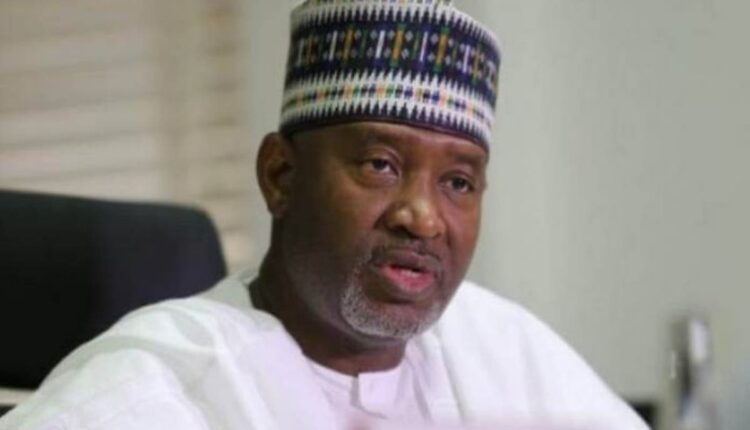 Nigeria’s Minister of Aviation, Hadi Sirika has assured that the Lagos and Abuja airports are ready to go back into flight resumption after adequate precautional measures were being put in place to control transmission and spread of coronavirus both within the airports and inside the aircraft.

He disclosed that as part of strict preventive measures, orderlies and special assistant of VIPs, including top business owners will not be given access to the airport terminals and that aides of ministers, governors, senators, and the House of Assembly members will not be allowed in the airport based on President Muhammadu Buhari’s approval.

Sirika indicated that use of face masks would be mandated and serves as an important pass at the airport terminals and onboard flight throughout journeys and that passengers caught flouting the directive will be prosecuted and treated as threats to public health.

Speaking during daily Presidential Taskforce briefing on Monday, the Minister said that part of measures taken was based on scientific findings and recommendations from aviation authorities, and at such none of the guidelines for flight resumption were aimed at frustrating travelers but to mitigate avoidable spread of the deadly respiratory disease.

According to him, flight sequencing will be adopted as details of arrival and departures will be monitored by airport officials to ensure the terminals were not crowded as part of measures to enhance smooth resumption of domestic flight operations.

“We will also sequence our arrival and departure flights to avoid the terminal buildings being flooded. We will ensure that flights are sequenced in order for us to know the number of people we are emptying into our building per time and ensure that the physical distance is respected,” he said.

He clarified that in ensuring and reduce incidences of person-person transmission onboard, airline operators have been instructed to put on hold the normal practice of sharing food, snacks, and drinks to passengers throughout the journey.

The Minister added that a section of all the airline cabin will be provided as onboard isolation centers for any passenger who exhibit or show symptoms synonymous to that of coronavirus till such persons would be handed to health officials attached to airports.

“We will allow the last row in the cabin of the aircraft free so that we can isolate just in case we see something that looks like symptoms within the cabin so that we don’t create panic. We will carry you behind and isolate you there.

“For the domestic operations, there will be no food so that we reduce the level of contamination. Our cabin staff are well trained to look out for this. I told you that cabin crew are not just trained to serve teas.” he added.

Sirika, however, urged journalists and media houses to begin a serious campaign in augmenting the government’s effort by educating the citizens on the dangers associated with the viral infection and precautions needed to be adhered to in gaining total control against the virus.

“Because the wearing of masks and other protocols are all backed by science to ensure that we are safe, so also, our decision is backed by science and findings. Risk of contamination is highly reduced when you are in the cabin. As the cabin air is coming down into the cabin, it washes from up, down to the bottom and we are mostly facing front while sitting.

“Because we are all facing one direction and the airflow is from up to down and because of that, the chances of the viruses and bacteria gaining way to you are reduced. The air will be circulated about 30 to 35 times within one hour. So, it is safe to say that no matter how we sit, from the scientific viewpoint, we are safe in the aircraft cabin,” he further assured.