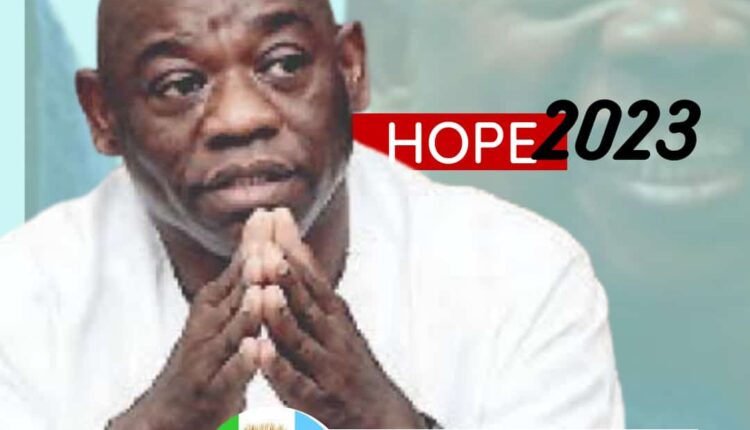 As gathered, his candidacy was said to have been part of political permutations that would produce an acceptable candidate across the country from Nigeria’s South West region.

It was learnt that part of what informed the decision for Kola to throw his hat in the ring was that he could ride on his late father’s support and achievement in the North and the senior Abiola’s acceptability during his Hope 93 election.

Our correspondent gathered that some All Progressive Congress (APC) bigwigs have been giving Kola the needed support peradventure the candidacy of the party’s National Leader and former Governor of Lagos, Bola Tinubu, did not fly.

The argument among the party leaders was that based on the APC unwritten agreement that power would return to the South in 2023, it was important that the South West region have an alternative plan, particularly distinct candidates that would appeal to all Nigerians irrespective of religion, ethnic or political divides.

When The Guild reached out to the family after the posters surfaces online, their position was that if their sibling chose to run for the seat, they would rally support for him.

One of his brother who spoke to The Guild under anonymity condition disclosed that though his brother was yet to personally discuss his ambition with him, people have been calling him over the poster.

He indicated that if his brother decided to run for the oval office, the entire family have no choice but to provide every form of support for him to win the election.

“People have been calling me on the poster and I must tell you it is a welcome development. Though he has not talked to me personally about his ambition, we will Insha Allah (God willing) support him for the position,” Kola’s younger brother said.

It would be recalled that the senior Abiola won the 1993 presidential election which was annulled by the military government of Ibrahim Babaginda.

However, in 2018, President Muhammadu Buhari declared June 12 as Democracy Day in honour of Abiola, whom he gave a posthumous national honour.