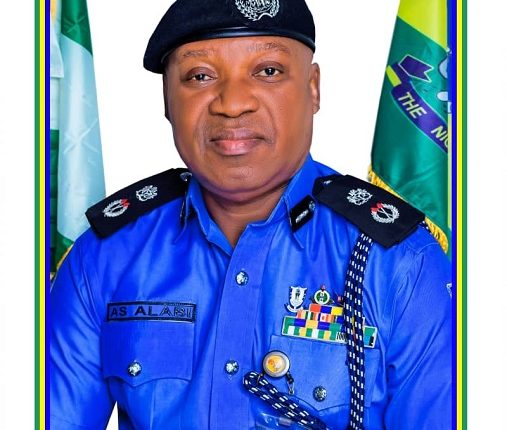 Alabi, who was until his redeployment the CP Administration, Federal Criminal Investigative Department (FCID) Abuja, was expected to resume at the Lagos Command, Ikeja next Monday, January 24th, to commence work and improve on the security of the state.

Meanwhile, Baba has also directed that Odumosu, who was recently promoted to the rank of AIG, should resume at the Force headquarters in Federal Capital Territory (FCT) Abuja for onward redeployment.

In the signal sighted by The Guild on Friday, aside from both officers transferred, others also redeployed by the IGP were CP Haruna Garba to Yobe Command and Tajudeen Abass for the Benue Command.

Both Garba and Abass were promoted last year alongside 15 other DCPs by the Police Service Commission (PSC) into the post of CP and were expected to complement the effort of the IGP towards boosting security across the country.

The IGP has charged the newly posted officers to ensure they consolidate and improve on the gains of their predecessors, particularly in the areas of crime-fighting and public safety.

He further charged the officers to ensure their leadership roles in their new areas of assignment upholds policing virtues of professionalism, respect for rule of law, and citizens’ rights.

The IGP enjoined citizens to render support and cooperation to the new Police helmsmen to enable them effectively deliver on their mandate.

Odumosu would be leaving the Lagos Command on Friday and the Deputy Commissioner of Police (DCP) in charge of operations was expected to oversee the law enforcement activities pending the arrival of the new police boss.

Alabi, it was learnt, would be arriving in Lagos on Sunday ahead of his resumption and has concluded plans to hit the ground running towards addressing the security challenges particularly traffic robbery, cultism, and other social vices affecting commercial activities across the state.

Sources told The Guild that the new CP on arrival to Lagos would be meeting all other DCPs and other top senior officers to coordinate and improve on the achievements recorded by the former Commissioner in the state.

Alabi, according to Police source, was known for being a law enforcement officer with huge experience after working in different formations across the country.

Alabi is a fellow of the National Defence College and is a member of the Nigeria Institute of Management as well as an alumnus of the University of Lagos where he studied Sociology and a Masters Degree holder from Obafemi Awolowo University (OAU).

The new CP was appointed alongside several others, after undergoing training, into the Nigeria Police Force in 1990 as a cadet officer.

He has served in various capacities within the Force which include, the Assistant Commissioner of Police, Police Mobile Force, Force Headquarters, Abuja; DCP Admin Taraba and Bayelsa Commands respectively, and as DCP Operations, Ekiti State Command before his promotion to the rank of Commissioner of Police.

For Garba, he holds a Master’s Degree in International Relations from the University of Uyo. He was also appointed as a cadet officer in 1990 and has served in various operational, investigative, and administrative capacities within the Force. Prior to his elevation to the rank of Commissioner of Police, he was the DCP SCID, Yobe State Command.

Abass, the new Commissioner of Police, Benue State Police Command, was a former DCP State Criminal Investigations Department (SCID) at the Oyo and Ogun State Commands respectively. He has also served as the AC SCID, Delta State Command, and also as the Area Commander, Area C, Surulere, Lagos State Command, amongst others.