PDP cautions banks, others against transacting with Zamfara…

Following an increase in the death toll from Abule Ado, scene of gas explosion in Amuwo Odofin Local Government, Lagos, State Governors will on Saturday visit the scene to access the extent of damage recorded in the community.

Theguild gathered that about 17 State Governors will be visiting the scene to observe the damage and make suggestions to the Federal Government on victims’ rehabilitation and reconstruction of the community.

Some of the governors that have arrived for the inspection of the scene were: Governor Kayode Fayemi of Ekiti State, who also doubles as the Chairman of Governor’s forum, Governor Abdullahi Ganduje of Kano State,  and his Edo State counterpart, Godwin Obaseki have arrived Lagos. 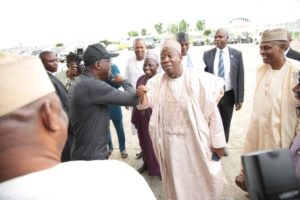 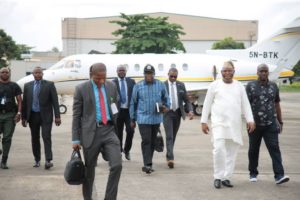