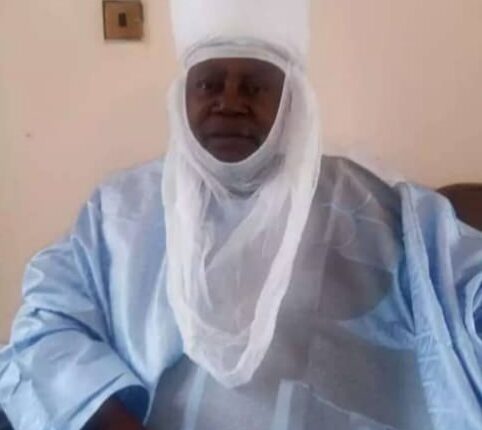 Foremost industrialist, Umaru Saro, who is also the Sardauna Ilorin, has reportedly died of coronavirus complications.

The Ilorin-born, Lagos-based billionaire and leading industrialist was said to have breathed his last in a Lagos hospital where he was being treated for the deadly respiratory disease on Sunday evening.

The deceased business mogul was said to be friends with some high and mighty in the society including Aliko Dangote, Femi Otedola, Alhaji Rasak Okoya, Chief Alex Duduyemi, Hajia Bola Shagaya.

Confirming the development, the Kwara State Governor, AbdulRahman AbdulRazaq, described his death as a big loss to the nation and the state, especially the Ilorin Emirate where the deceased impacted the lives of many with his industry, philanthropy, and positive influence.

Through a statement by his Chief Press Secretary, Rafiu Ajakaye, AbdulRazaq said that Saro’s love for Islamic scholarship and propagation was widely felt and acknowledged as he invested so many resources therein.

“This passage represents a monumental loss to not just the Ilorin Emirate but to the entire state and the nation. Alhaji Umaru Saro was a phenomenon of his time, a business mogul, known nationally and internationally for his entrepreneurship, industry, generosity, and commitment to communal growth, peace, and harmony.

“Alhaji Umaru Saro was a leading light of the nation’s business community in which he is held in high esteem. Most significantly, he was an inspiration and pillar of support for our Administration from inception. His death is indeed the end of an era,” the Governor said in a statement on Sunday night.

“On behalf of my family, the people and government of Kwara State, I commiserate with the Emir of Ilorin Dr Ibrahim Sulu-Gambari, the Ilorin Emirate Descendants Progressive Union (IEDPU), his immediate and extended family, and of course the entire Muslim community on the passing of the Sardauna of Ilorin. He served God and humanity and was always proud to identify with the people, poor or rich. We are consoled by his many virtues, particularly his philanthropy and immense love for our people and the community. We pray Allah (Exalted is He) to grant Alhaji Umaru Saro forgiveness and reward him with al-Jannah Firdaus. May Allah, exalted is He, comfort the family that the Sardauna has left behind.”

Saro was survived by his wife, Atinuke, who is a popular socialite, children, and grandchildren.