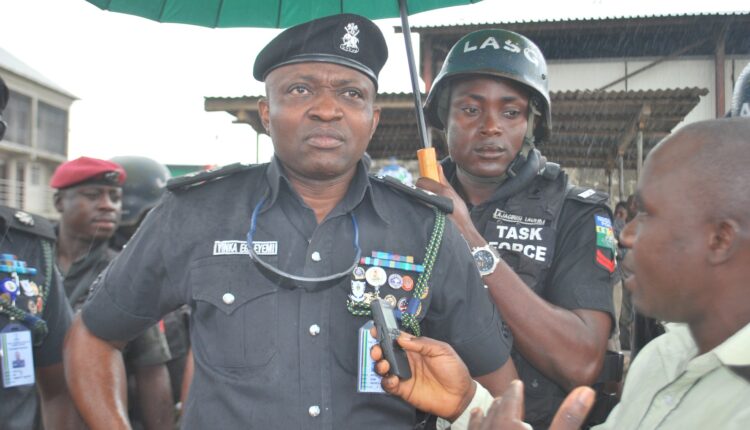 Following Commander of the Rapid Response Squad (RRS), a formation under Lagos State Police Command, Tunji Disu, redeployment, the state Government has readjusted its security formations by deploying the Chairman of the Lagos State Task Force on Environmental and Other Special Offences, Saheed Egbeyemi, to take over as RRS Commander.

While Egbeyemi would be resuming as the new RRS Commander, Commander of the Governor’s Monitoring Team (GMT), Sola Jejeloye, would be taking over the affairs of the Task Force unit as its new chairman, and that a Superintendent of Police, Ibrahim Bakare, would replace Jajeloye.

The shakeup in the Lagos security architecture followed the transfer of former RRS Commander, Disu, to the Force Headquarters in Abuja.

His transfer, The Guild gathered, may not be unconnected to moves by police hierarchy to prepare him for his new office in line with strategies being adopted by the force to curb rising insecurity across the country.

It was learnt that following the violence, killings, looting and arson that marred protest against police brutality and extra-judicial killings in Nigeria, the police force have been putting plans in place to assign leadership roles to capable hands.

Our correspondent was reliably informed that part of the plans by the force to forestall another round of protest across the country was to ensure officers with clean track records and efficient public engagement profile manned strategic positions of the force formations.

Though not announced yet, Disu, who is a Deputy Commissioner of Police, has been an exemplary leader with a rising profile in his police career, and his handling of Lagos RSS which had also earned him, alongside the police command massive commendations from Lagosians.