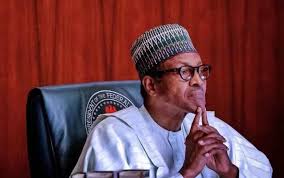 The Federal Government has disclosed that the President, Muhammadu Buhari will address the nation in the later hours of the day.

It explained that Buhari would speak to Nigerians through a televised broadcast at 7pm on Monday, April 13, 2020.

The Special Adviser to the President on Media, Femi Adesina, stated that the presidential speech would be broadcast nationwide on the National Television Authority (NTA) network and urged other media stations in the country to join the event transmission.

In a statement released to newsmen on Monday, Adesina added that the formal address would also be aired on Radio Nigeria frequency and that other radio stations were welcome to relay the presidential speech.

Though the purpose of the speech was not disclosed, the announcement comes as deadline for the 14-day lockdown instituted by the federal government in some states, including Lagos, Ogun State and Federal capital Territory (FCT), Abuja, draws to an end.

President @MBuhari will broadcast to the nation on Monday, April 13, 2020 at 7pm.

Television, radio and other electronic media outlets are enjoined to hook up to the network services of @NTANewsNow and @radionigeriahq for the broadcast.