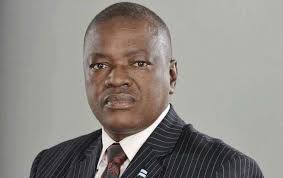 The Botswanan Government has discharged its President, Mokgweetsi Masisi, and the country’s lawmakers from quarantine after testing negative for the deadly coronavirus pandemic.

It said that its principal officers had been in isolation for a 14 day period following which they had all received negative test results for the viral infection and were released.

The Coordinator, COVID-19 Presidential Task Force, Kereng Masupu, who confirmed the discharge, recalled that the quarantine process had been implemented after a health worker who screened the government officials had tested positive for the disease.

Speaking to newsmen in the country on Thursday, Masupu stated that Masisi, as well as the nation’s lawmakers, were in good health and had shown no symptoms of the disease prior to testing negative for coronavirus.

He called for calm and assured Botswanans that the nation’s principal officers had returned to the helm of affairs and were on top of the pandemic situation.

“All members of parliament have tested negative for COVID-19 and they are being released from quarantine”.