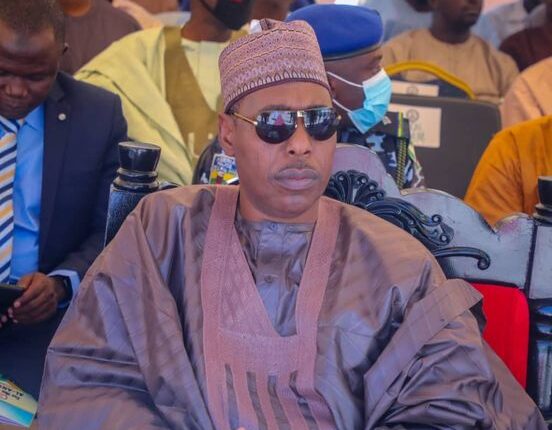 The Borno State Governor, Babagana Zulum, has directed the State Universal Basic Education Board to immediately begin a quality assessment of private primary and secondary schools across the state before the resumption of a new term and academic activities.

He indicated that the need to assess the quality of all basic schools that are privately owned with a view to identifying quack schools that exploit parents and guardians without the capacity to impact knowledge on students necessitated the directive.

Zulum noted that the assessments would cover examinations of the schools’ physical infrastructures, quality and availability of teachers, and other relevant records that could certify them for continued operations as a citadel of learning.

Zulum gave that directive on Tuesday in response to the recommendation of a keynote speaker, Mohammed Adam, at the commissioning of Ansar Academy on Monday in Maiduguri. Adam had called government’s attention to the existence of quack private schools operating in the state.

He said that the assessments would be done in six months after which the government would work on the recommendations from the board which may include closing up some defaulting schools.

The governor noted that his administration would stop at nothing in ensuring that quality education across all levels was bequeathed to the state irrespective of ownership structures.

“I have keenly listened to the keynote address by my brother, Mohammed Adam, and I was attracted to some issues he raised, one of which is a reminder that our responsibility to monitor the quality of private schools not just public schools. In that regard, I have directed Secretary to the State Government to notify the State Universal Basic Education Board Chairman, Dr. Shettima Kullima, to deploy officials to examine the capacity of all private schools.

“The Board is given six months within which their officials will visit all schools to examine physical infrastructures, quality and availability of teachers, and other relevant records. The board will make recommendations to the government of Borno State. We will do our best to ensure improvement of standards but where necessary, quack schools that are beyond upgrade shall be closed. While we are making modest efforts in uplifting the standard of education in our public schools, we shall also be very mindful of the operations of private schools in the state. It is our responsibility to ensure the quality of education in the state” Zulum said.

Both the school and radio were established by the Al-Ansar foundation, a nonprofit organization founded by a retired federal permanent secretary, Dr. Muhammad Kyari Dikwa.

Dikwa who is President of the foundation applauded Governor Zulum’s style of governance which he said, encouraged him to mobilize resources in contributing to Borno’s educational development.

“Given the unprecedented achievements recorded under His Excellency’s leadership in the last one and half year, we considered it our task to mobilize friends, well wishers as well as investors to come over to Borno and invest for the betterment of our society. Your Excellency, you have done well, you have made us proud, we the indigenes of Borno State are proud of you, may Almighty Allah continue to shower his blessings, guide and protect you as you stir the affairs of the state,” Dr. Dikwa said.