Just In: Family lays Sound Sultan to rest amid tears,… 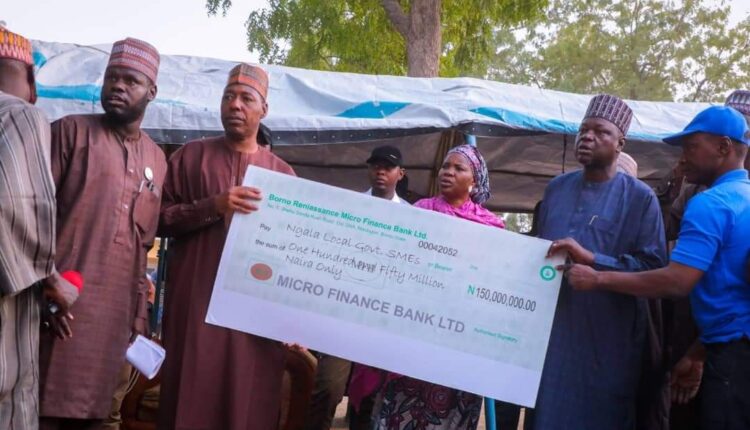 The Borno State Governor, Babagana Zulum, has disclosed that he would intensify efforts in the areas of incentives, soft loans and grants to residents across the state to boost local economy and ensure normalcy returns to Borno.

He indicated that the measures, alongside different humanitarian gestures being embarked on by his administration across local government areas in the state were geared towards rebuilding the state from the long effect destruction occasioned by Boko Haram attacks.

Zulum noted that both measures were captured in his 25-year post-Boko Haram development plan recently introduced by his administration to reposition the state for economic prosperity through citizens empowerment and engagement for economic activities.

Speaking yesterday in Gamboru while supervisimg the disbursement of N343m and varieties of food to residents of the border community in Ngala local government area, Zulum said his government would stop at nothing in empowering the residents in line with the rebuilding efforts.

He explained that the N343 million combined the sum of N150m distributed as soft loan and grants to small and medium scale traders, and N193m disbursed to 48,700 vulnerable residents.

Zulum explained that the loan, grant with refundable period of four years, was meant to resuscitate businesses and livelihoods destroyed by the Boko Haram insurgents in communities of Gwoza.

He added that any beneficiary that was able to repay 50% his or her loans within record time would enjoy waiver of the balance of 50%, while those who deliberately fail to repay within the dateline would be made to repay 100% of what they received as loans and grants.

Aside from disbursing N150m to traders, Zulum, still in Gamboru, also disbursed N193m to
vulnerable residents from different communities of Ngala local government.

Combined total of 48,700 residents received cash and variety of food items during the governor’s humanitarian trip.