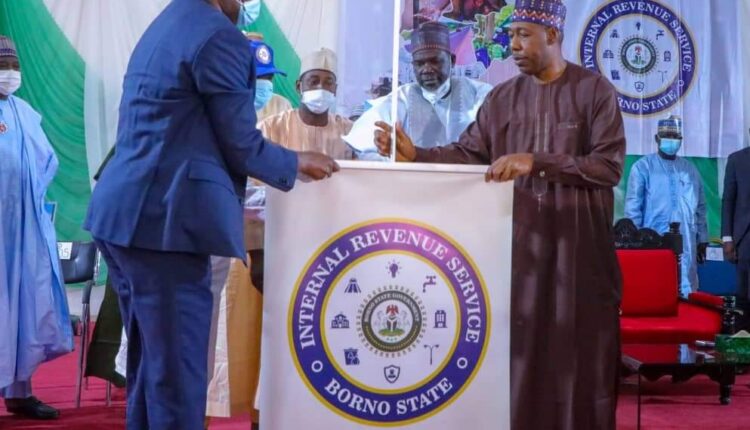 The Borno State Governor, Babagana Zulum, has unveiled the new corporate identity for the state’s Internal Revenue Service Board, with a mandate to generate more revenue in 2021 as against the N10 billion recorded in 2020.

He explained that the new corporate identity had been considered such that would aid his administration’s effort to boost internally generated revenue and close leakages in the state.

The governor noted that part of his administration’s move to increase the board’s fortune was the recent appointment of new executive chairman for the board which was aimed at injecting new ideas to boost revenue generation in the state.

Speaking yesterday during the unveiling ceremony held at the Multi Purpose Auditorium of the Government House in Maiduguri, Zulum hinted that the new corporate identity would promote voluntary compliance that would sustain socio-economic development of the state.

The governor also said that with the new leadership in the state revenue board, it was expected that 2021 revenue generation would be more than N10b generated in 2020.

On his part, the Commissioner of Finance, Budget and Planning, Adamu Lawan said that the new corporate identity was a paradigm shift in the revenue administration in Borno State and aligns with robust transformational vision of governor Zulum-led administration.

He added that for the first time in the history of Borno, a clear vision and identity will be projected to the general public.

COVID-19: Nigeria and exodus of intellectuals