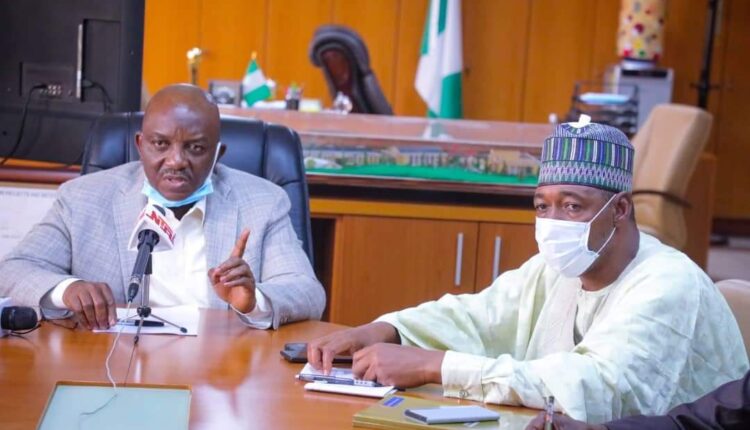 The Borno State Governor, Babagana Zulum, has urged the Federal Government to support the state in the areas of solar grid and power substation provision in mitigating the constant power outage being experienced due to activities of Boko Haram terrorists.

Aside from the solar grid and power substations, the governor also called for the apex government continuous focus on the Mambila hydropower and Dadin Kowa projects sited in Taraba and Gombe states respectively.

Zulum noted that when completed, the two projects have the potentials of resolving many economic and social problems facing the northeast, through the utilization of energy for small, medium and large scale businesses.

The governor made the call yesterday in Abuja when he visited the Minister of Power, Engr. Saleh Mamman, to discuss how to fast track ongoing repairs of a transmission line along Maiduguri-Damaturu road that was destroyed by Boko Haram.

He explained that the transmission line was destroyed by the terrorists with an improvised explosive device and that the incident has plunged the populated Maiduguri in darkness for nearly one month.

According to him, the situation was made worse by some faults on two more power lines within the same area.

“It is now getting to one month since Maiduguri was put in total blackout. We are here to support, encourage and to also appeal to your humble office to fast track the ongoing repairs so that energy can be restored. Borno state government will do everything possible to support the processes” Zulum said.

On his part, Mamman assured that despite all odds, the rehabilitation work would be completed as soon as possible and that the central government would look into fast tracking the provision of the solar grid and substations.

He added that the ministry had selected communities for the project, some of which were in Borno for the provision of injection substations and solar grid across the country.